CaptionCloseIt turns out that everybody didn't like Lady Gaga's Super Bowl halftime performance -- and particularly the length of it.The Atlanta Falcons squandered a 25-point lead in a meltdown of historically epic proportions that led to their eventual... 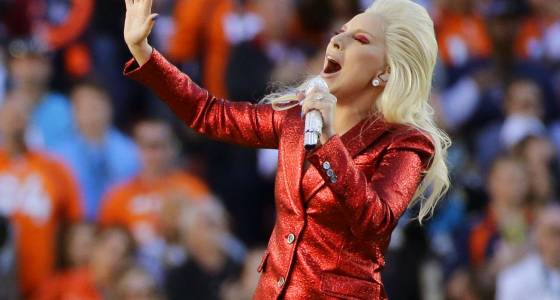 It turns out that everybody didn't like Lady Gaga's Super Bowl halftime performance -- and particularly the length of it.

The Atlanta Falcons squandered a 25-point lead in a meltdown of historically epic proportions that led to their eventual 34-28 overtime loss to New England.

And at least one Falcon player said the overly long halftime show -- a marked change from the 15-minute intermission breaks for most NFL games -- was a contributing reason for the Falcons' defeat.

Atlanta wide receiver Mohamad Sanu told the NFL Network that the dragged-out halftime show starting the iconic Lady Gaga "definitely" was a cause in his team's second-half collapse.

"It definitely (affected us) because usually halftime is only like 15 minutes so when you're not on the field for an hour, it's like going to work out, having a great workout, sitting on the couch for an hour and then trying to work out again," Sanu said on "Good Morning Football."

Sanu was asked on the show if the Falcons could have prepared for the long halftime during their two weeks of preparation since it wasn't a surprise.

ICYMI, this time lapse of the halftime show from #SB51 is crazy. Incredible coordination. https://t.co/GqI21OrkvY

The Falcons actually scored first after halftime on a 6-yard TD pass from Matt Ryan to Tevin Coleman. But New England stormed back for 28 consecutive points to pull perhaps the most notable rally in professional sports history in the comeback.

More of a reason was that the Falcons' defense wore out in the second half from being on the field for 93 snaps against New England's offense.

But the biggest reason for the collapse should have been fingered on Sanu's own offense.

Just a guess, here. But if Atlanta had run the ball effectively and eaten up more time of possession, they might have won the game in regulation.

And they wouldn't have made Falcons owner Arthur Blank look more miserable on the Atlanta sideline as the fourth quarter progressed.

Former Falcons offensive coordinator Kyle Shanahan is a lot more to blame for the Falcons' loss than Lady Gaga.

She wasn't the one passing on third-and-1.