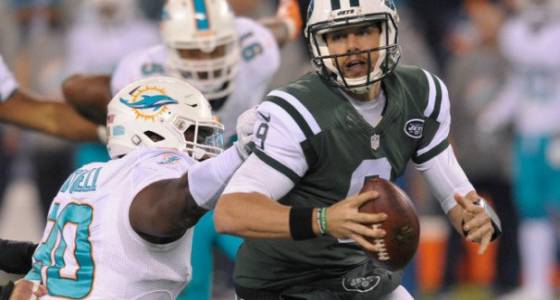 The 49ers signed Mitchell to a four-year, $16 million contract, reportedly with $5 million due in 2017. Mitchell, 29, spent the past three seasons with the Miami Dolphins, playing in nine games in 2016 before he was cut last week. His impact was minimal in 2016, the 6-foot-3, 310-pound Mitchell posted just 18 tackles and no sacks in nine games.

Mitchell was at third round pick (No. 81) by the Houston Texans in the 2010 NFL draft. He spent four seasons (2010-13) with the Texans before signing with the Miami Dolphins as an unrestricted free agent in 2014.

Mitchell also visited the Seattle Seahawks and Denver Broncos before deciding to join the 49ers.

The 49ers also signed Carter to a two-year deal, the team announced Friday.

The 49ers signed the 5-8, 190-pound Carter he worked out for the 49ers last week. Carter spent time on the Oakland Raiders' and New England Patriots' practice squads the last two seasons. He originally signed as an undrafted free agent by the Baltimore Ravens in 2015.