Galleries Videos CONTACT ADVERTISE
Famagusta 26°
fog
BUSINESS EDUCATION ENTERTAINMENT HEALTH POLITICS SCIENCE SPORTS TECHNOLOGY
12:08 Guide To Online Sports Betting: How To Choose A Sportsbook
08:28 What Are Some Reasons to Consult a Brain Injury Lawyer?
09:24 Blockchain Solutions for Enterprises: How To Increase Efficiency And Profitability
07:06 How To Deal With A Car Crash In New York
17:43 Tips to keep in mind while choosing the casino site
11:34 Relation Between Employee Theft and Pre-employment Screening Check
04:37 Search your own desired site to play sports for betting
18:00 Top 3 Career Path Options for Business Analysts Preview
15:35 The history of Imen Jane, who is the influencer and the charges on the...
18:48 Sebastian Vettel's Greatest Races
BIST
1121
GOLD
471.940
USD
7.7650
GPB
10.0387
EUR
9.0520
Breaking News
Top 3 Career Path Options for Business Analysts Preview
Close

Carlos Sainz says he was "surprised" to get a grid drop for his collision with Lance Stroll in Bahrain, an incident he does not believe would have happened against a driver with more experience.The stewards found Sainz to blame for the incident which took... 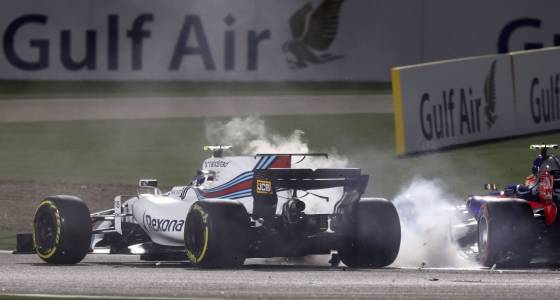 Carlos Sainz says he was "surprised" to get a grid drop for his collision with Lance Stroll in Bahrain, an incident he does not believe would have happened against a driver with more experience.

The stewards found Sainz to blame for the incident which took himself and Stroll out of the race, a move the rookie Williams driver labelled "ridiculous". Sainz had just exited the pit-lane when he lunged down the inside of Stroll, who had already started turning into the corner.

Sainz thinks its unfair to apportion blame for the crash and thinks Stroll would have been more wary of the corner if he had more F1 races to his name.

"I obviously was quite surprised with the grid drop," Sainz said. "I thought they were going to consider it a racing incident. Obviously in F1 when you are fighting for position, for the points, there are a lot of racing battles going on. It was, for me, a racing incident. Lance simply didn't see me and maybe a guy with a bit more experience would have seen me and left me enough space on the corner."

As a result, Sainz will drop three places from wherever he qualifies in Russia and thinks stewards would never reverse a previously-made decision.

"You go home with the penalty, you get it, you cannot appeal, nothing. That's how it is. Even for pride, they wouldn't change their opinion. I don't think it would change nothing. Even if you had the opportunity to appeal, it's not like suddenly the stewards are going to decide the contrary.

"They take a decision, they go with it, they understand they wouldn't change their decision because they would lose some credibility. They will never change. But there you have it. First incident, fighting for position, first penalty."