Sabres' owner will be hands-on in GM search 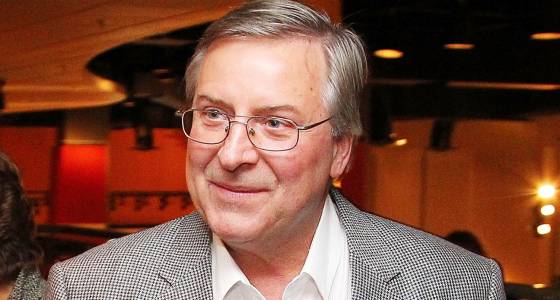 BUFFALO, N.Y. -- Criticizing the Buffalo Sabres' management structure for being flawed under its previous regime, team owner Terry Pegula accepted the blame and vowed Friday to take a hands-on approach to fix what went wrong.

The first step, Pegula said, begins with him directly overseeing the search to hire a new front office. He spoke one day after the Sabres cleaned house by firing general manager Tim Murray and coach Dan Bylsma.

"Accountability starts with me," Pegula said. "We are not happy with our season this year, and there are no excuses."

Saying he is seriously leaning toward hiring a GM with a proven track record, Pegula repeated a theme in outlining what he found lacking in the Sabres organization as a whole.

"Our organization needs more discipline, structure and communication. That's how you win," he said. "We need to get better at that in the future."

Pegula's decision to handle the search process stemmed from what he called a "regret" in failing to be more involved in hiring Murray and Bylsma.

Murray, a longtime scout, had no NHL general managerial experience when he was hired by former team president Pat LaFontaine in January 2014. And Murray settled on hiring Bylsma in May 2015 only after being rejected by Mike Babcock, the former Detroit Red Wings coach who elected to instead sign with Toronto.

Pegula is still filling out his list of candidates, and said the team's front-office structure will be dependent on what the next GM proposes.

For the moment, that doesn't mean adding another layer of management, such as a president of hockey operations, as some teams employ.

The key, Pegula said, is establishing a collaborative management team in what was a clear indication of what the Sabres lacked under Murray.

"You've got to have character throughout the organization, on the ice," he said. "And they have to be in a disciplined, structured environment where everybody knows what everybody's doing, and everybody's talking. That's how you win."

Lombardi could have the initial inside edge because of his and the Sabres' ties to USA Hockey.

Pegula hit the reset button after he and his wife, Kim, met with Murray and Bylsma, and also consulted with players. The decision to clean house came less than two weeks after Buffalo went 33-37-12 to finish last in the Atlantic Division and 26th overall.

The Sabres finished with two fewer wins and three fewer points than the previous season, and were undone by a late-season 2-8-2 slump that knocked them out of playoff contention.

It was a significant step back for a franchise that was supposed to be on the upswing after a top-to-bottom overhaul that brought in an influx of youth and high-priced talent in each of the past two offseasons.

This was not close to meeting Pegula's expectations when he vowed to build the Sabres into a contender upon purchasing the team in February 2011.

"I stood here and told Buffalo Sabres fans that the reason for our existence was to win a Stanley Cup," Pegula said, recalling the statement he made during his introductory news conference as owner. "That is still the truth. One team wins the Cup. We expected more this season."