With some Pac-12 teams already well into spring football and others on the horizon, we thought it would be good to take a quick look around the conference at the biggest Pac-12 storylines we're looking at this spring.Kyle Bonagura: A potential quarterback... 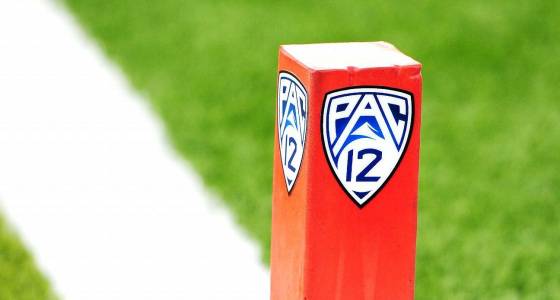 With some Pac-12 teams already well into spring football and others on the horizon, we thought it would be good to take a quick look around the conference at the biggest Pac-12 storylines we're looking at this spring.

Kyle Bonagura: A potential quarterback rivalry in LA? Los Angeles is home to two quarterbacks with top-of-the-first-round potential, which will add an interesting dynamic to the UCLA-USC rivalry this year. For the past five months or so, Sam Darnold has been the talk of the town -- the result of rescuing USC's season and leading the Trojans a memorable Rose Bowl win. He's a quarterback without an easily identifiable weak spot and the primary reason USC is a consensus top-five team headed into next year. At this point, it shouldn't surprise anyone if he's the No. 1 pick in next year's NFL draft. That spot, of course, was earmarked by many last offseason for a different player in the city: UCLA's Josh Rosen. After a brilliant true freshman campaign in 2016, Rosen was billed as a Heisman Trophy favorite last offseason, but saw his season end prematurely due to a shoulder injury. If Rosen returns fully healthy -- which is the expectation -- he and Darnold will be two of the most talked about players in the country and will inevitably be compared to each other. They haven't yet played against each other and we'll have to wait until Nov. 18 for that to change.

Chantel Jennings: The number of teams that are replacing key members -- or nearly all -- of their starting secondary. That transition starts this spring (or, last winter) as conference teams begin trying out players who want to step into some big shoes.

This leaves plenty of open spots on depth charts, as well as in the conference rankings. Of the players who finished with the top 12 interceptions, only three return -- Oregon's Brenden Schooler, Washington's Taylor Rapp and UCLA's Adarius Pickett. And, of the players who finished in the top 10 in passes defended, just two return -- Oregon's Arrion Springs and Arizona's Jace Whittaker.

David Lombardi: California's Justin Wilcox and Oregon's Willie Taggart may be the Pac-12's only new head coaches entering 2017, but there's been a significant amount of leadership change beyond that -- especially at the coordinator positions. There's experience among these new coaches, and with it comes the potential to truly impact the conference.

There's enough name power there to expect at least some positive results on the field. Cal, Oregon and ASU, for example, all fielded horrific defenses in 2016. But those programs have hired three accomplished names to combat those defensive woes. While improvement may take time, progress will be worth tracking: If any of those teams enjoys a boost on the defensive side, the Pac-12's complexion will change. All three already pack potent offenses, so any betterment elsewhere can change this league's list of contenders and pretenders.

In that way, these new coaching hires are in position to make quite an impact.

Ted Miller: Remember Pete Carroll's run at USC? All that … winning? So much winning that it pretty much made the rest of the Pac-10 -- yeah, Pac-10 -- seemingly disappear? Hmm. We're not saying that's what's about to happen in the Pac-12 with the Trojans again rising, but it's a possibility that needs to be entertained.

In fact, it will be the biggest preseason story in the Pac-12.

We've heard "USC is back!" before. But this feels different than 2011 when the Trojans went 10-2 under Lane Kiffin, dramatically winning at Oregon and earning a preseason No. 1 ranking in 2012. They were still yoked with horrifically unfair NCAA sanctions then, unable to play in a bowl game. This go-around, the Trojans are coming off a dramatic Rose Bowl win over Penn State.

And quarterback Sam Darnold is not Matt Barkley. Well, Darnold owns Barkley-esque poise, confidence and mental acuity. Only he also owns Carson Palmer's physical talent. And Clay Helton is not Kiffin. A sportswriter named Rudyard Kipling began a feature on Helton leading the Trojans back from a 1-3 start like this, "If you can keep your head when all about you/Are losing theirs and blaming it on you," sentiments no one expressed about Kiffin.

Washington is also rising under Chris Petersen. Stanford isn't going away under Davis Shaw. It's too soon to write off Oregon, and there's a gaggle of potential plot twists among a host of other Pac-12 teams that could surprise the prognosticators. But USC's post-Carroll swoon may be at an end, so it will be up to the 11 other teams to boldly meet the regathering of a West Coast football colossus.