Reigning Formula One world champion Nico Rosberg has labelled the new breed of F1 cars as "monstrous", but insists he is not regretting his decision to retire.The German, who pipped Lewis Hamilton to last year's title by five points, was in attendance... 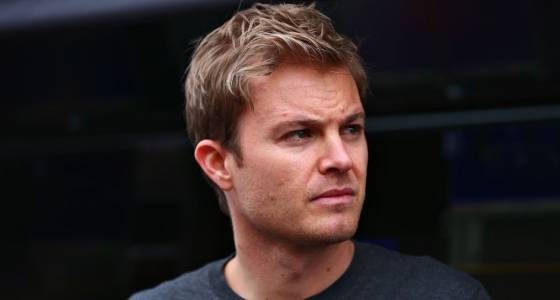 Reigning Formula One world champion Nico Rosberg has labelled the new breed of F1 cars as "monstrous", but insists he is not regretting his decision to retire.

The German, who pipped Lewis Hamilton to last year's title by five points, was in attendance at the Circuit de Catalunya on the third day of pre-season testing to get his first glimpse of 2017 machinery -- having retired from the sport ahead of the major regulation overhaul introduced for this season.

"It's good to be back, first of all to see my racing family, and it is such a massive hype at the moment, so I want to see first-hand as well, see the new cars -- they look absolutely monstrous, very, very aggressive," he said. "Everybody is excited -- it is great to see the drivers loving it.

"They need to be proper gladiators out there because the cars will take them to their physical limits. We might even see drivers losing race wins just because of being game over physically. That is what we need."

Rosberg had two years remaining on his contract when he decided to retire at the end of last year, and despite Mercedes showing strong pace so far in testing, the world champion said he had no regrets about his decision.

"No [regrets about retiring]. Not all. I am very happy with the way things have gone and I am looking forward to the future.

"I expected the team to be the best this year because the team is awesome. I am not saying that that is the case, we still need to wait and see, but for sure it looks like they have done a good car, but that is no surprise."

Rosberg briefly took over Mercedes' Twitter account to post a video to the team's followers, in which he also praised Liberty Media's decision to relax F1's social media rules, which now allows drivers and teams to film short videos in the pit lane and share them on social media.

Despite his retirement, Rosberg is expected to make a number of appearances in the F1 paddock throughout 2017 as he carries out commitments in his new role as a Mercedes ambassador.

finally we are allowed to film in the garage