In the final week that NFL clubs can host prospects for an official visit, the Baltimore Ravens brought in one of the most intriguing talents available in the 2017 NFL Draft: Jabrill Peppers.The former Michigan star is in Baltimore on Tuesday to meet with... 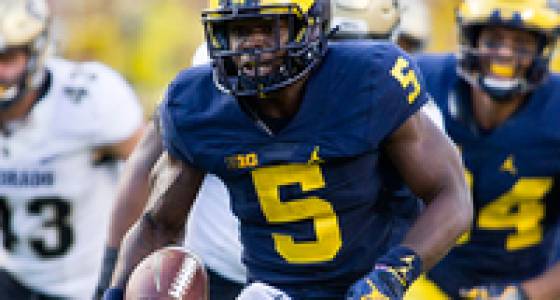 In the final week that NFL clubs can host prospects for an official visit, the Baltimore Ravens brought in one of the most intriguing talents available in the 2017 NFL Draft: Jabrill Peppers.

The former Michigan star is in Baltimore on Tuesday to meet with the club just nine days ahead of the start of the draft, per Aaron Wilson of the Houston Chronicle. The Ravens hold the No. 16 overall pick of the draft, and five NFL.com analysts project that he'll be available with that selection in current mock drafts. Analysts Chad Reuter and Lance Zierlein, in fact, project Peppers to go to the Washington Redskins just one pick later at No. 17.

The NFL draft will be held April 27-29 in Philadelphia.

Peppers is primarily considered a safety prospect, but the versatility he flashed at Michigan, both as a running back and a return specialist, has given NFL scouts much more to consider than just his skills as a safety. The 2016 Paul Hornung Award winner as college football's most versatile player, Peppers also showed position flexibility within the defense at Michigan, playing several different roles during his career.

Alabama LB Reuben Foster is visiting the Ravens on Tuesday, as well.