TAMPA — Sickles was able to enjoy staying on its home court throughout the Class 8A region playoffs, and by the end of the night Friday, a good 100 or so fellow students rushed to join them.1 Day Ago3 Days Ago1 Week AgoA boisterous bunch of Gryphons fans... 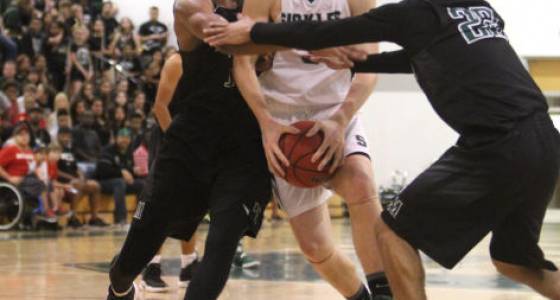 TAMPA — Sickles was able to enjoy staying on its home court throughout the Class 8A region playoffs, and by the end of the night Friday, a good 100 or so fellow students rushed to join them.

A boisterous bunch of Gryphons fans stormed the court, a scene that visiting Melbourne did its best to prevent, hanging around throughout before Sickles held on for the 55-49 region final victory.

They cut down the nets afterward, and if the Gryphons keep on this run, they may repeat the scene in Lakeland. That's where Sickles will face Lakewood Ranch next Friday at 2 p.m.

"We can play a lot better, too," said Denari Garrett, who was the first-half force, scoring 12 of his 14 points.

He could be right: Sickles won despite usual leading scorer Bryce Workman being held to seven points. Melbourne's Jayden Jackson came up with five blocks, three on Workman despite giving up 4 inches to the 6-foot-7 junior.

Bryce Beamer, who led Sickles in actual points (16) and timely ones, nailed three free throws in the final minute as a 5-for-6 Gryphon stretch locked it away.

But there were plenty of nervous points in between. Garrett's steal and driving dunk, followed by a 3 from Tahj Lalanne (nine points) had Sickles up 15-6. But at 18-8, Workman picked up his second foul and sat the remaining 6:20 of the first half.

"I knew I had to come through in the first half. My team needed me with Bryce in foul trouble," Garrett said.

He scored twice as Sickles took a 24-12 lead with 3:20 left — but out of a timeout Melbourne turned aggressive and went on a quick 8-0 run.

A couple of Beamer baskets in the final minute, one a clutch turnaround jumper, allowed Sickles a 28-22 halftime lead. Jalin Hannah had four points and three first-half assists while Workman was out.

Dru Nickson (14) and Jackson combined to score all of Melbourne's first-half points, and the Bulldogs went 0-for-4 from long range. But that changed in the second half as Jackson was shut out but the long ball kept Melbourne in it.

After the Gryphons went up 33-24, Melbourne hit consecutive 3s. Then Lalanne scored off a steal to begin a 10-0 Sickles run, highlighted by a wild 30 seconds where Sickles scored six; Marcus Cohen had two fast break layups and an incredible rejection.

"I was waiting for that!" said Cohen, who was scoreless in the first half but finished with seven points and six assists. "At halftime the coaches told me to use my speed on the fast break, and the chance finally came where I could use it to penetrate."

Despite the sequence, where the crowd reached the night's height for delirium, Melbourne had one last surge thanks to a pair of 3-pointers. Nickson, who scored 25, drained a 25-footer to make it 45-40 and a steal — Sickles only committed eight turnovers — got the Bulldogs within 45-42.

Strategy got interesting from there, as with 2:30 remaining Melbourne had only committed two fouls and showed no inclination to foul. Sickles could have held the ball but Beamer scored instead, answered immediately by a Bulldogs bucket and Sickles charging call. That gave Melbourne a tying 3-pointer try that was well off, and the Bulldogs committed five fouls in seven seconds to start Sickles' last-minute parade to the line.

"It's been a while (seven years) since we've been to the final four. That crowd tonight was the best in my four years here," Cohen said.

And though he's been at it a while, and done the region title thing once before, Sickles coach Renaldo Garcia savored the trimming of the nets afterward.

"Feels so good," he tweeted. 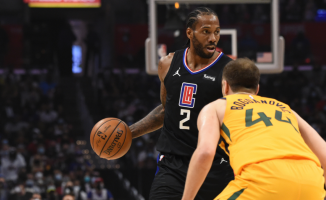