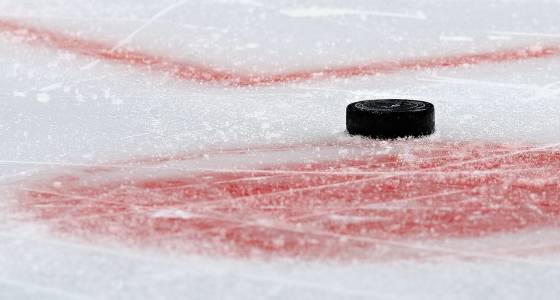 Erie Community College hockey player Brandon Day is facing multiple charges after he left the penalty box and attacked a referee Sunday, knocking the 62-year-old official to the ice.

The 19-year-old freshman defenseman was charged with second-degree harassment, disorderly conduct and fourth-degree criminal mischief. The incident remains under investigation and additional charges are possible.

Witnesses told Broome County Sheriff's officers that Day was serving a penalty in the penalty box at the SUNY Broome Ice Arena in Binghamton, New York. With 39 seconds left in Erie's game against Dakota College at Bottineau, Day suddenly jumped over the wall, skated hard and pushed the referee down from behind.

Officials and other players subdued Day, who was ejected from the game. He was sent to the locker room, and is accused of damaging property there.

The referee was evaluated by a team doctor at the rink.

Day, a Cheektowaga, New York native, was arrested and held by the Broome County Sheriff, but was later released to his father. He is scheduled to appear in court at 4 p.m. ET March 21 in Dickinson Court.

Mark Krug, assistant executive director of the NJCAA, released the following statement Monday: "The NJCAA national office has been made aware of the incident that occurred during its hockey championship game and will take all necessary steps to gather as much information from tournament officials and local authorities regarding violations to the association's sportsmanship code. This type of behavior will not be tolerated in the NJCAA."

It was the 10th NJCAA title for Bottineau. The game, coincidentally, marked the end of the NJCAA hockey championship, which was dropped because of a lack of teams.