CHANDLER, Ariz. -- Leah Pritchett broke the Top Fuel national time record with a 3.658-second pass at 329.34 mph Friday in the NHRA Arizona Nationals.Coming off a victory in the season-opening event in Pomona, California, Pritchett made the record run in... 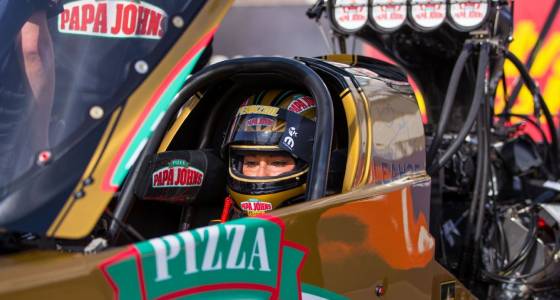 Coming off a victory in the season-opening event in Pomona, California, Pritchett made the record run in the second round of qualifying at Wild Horse Pass Motorsports Park.

"To be behind the wheel of this machine that is constantly putting out time and time again fast numbers and quick numbers is, to be honest, a little bit difficult to comprehend," Pritchett said. "It's everything that dreams are made of. It's almost too good to be true, but it's not. Seeing the extra attention to detail that I've never seen before and, I've been around a lot of crews in my life, it's paying off on the track so well and so much."

Courtney Force topped the Funny Car field, and Jason Line was the fastest in Pro Stock.