CaptionCloseThe NFL scouting combine, one of the premier events in the league's offseason calendar, officially began on Tuesday as draft prospects, scouts, coaches and front office personnel descended upon Indianapolis for what is often jokingly referred... 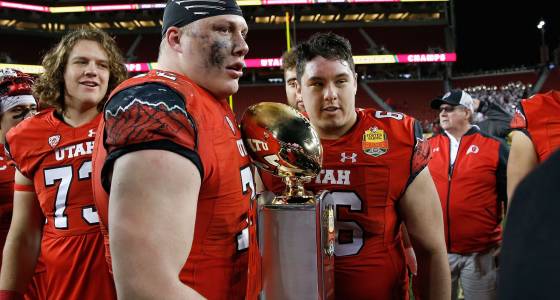 The NFL scouting combine, one of the premier events in the league's offseason calendar, officially began on Tuesday as draft prospects, scouts, coaches and front office personnel descended upon Indianapolis for what is often jokingly referred to as "the underwear Olympics."

After a few days of medial exams, weigh-ins and interviews, on-field workouts begin on Friday. And while those can be entertaining to watch for fans, the exams and meetings with teams will likely go just as far in determining a prospect's landing spot as his 40-yard dash and bench-press results.

Just ahead of the combine, we took another look at some of mock drafts floating around the internet -- you can find ours here -- to see which prospects are being connected with the Seahawks two months before the 2017 NFL draft begins from Philadelphia.

Just like before, offensive linemen -- an in particular three top tackle prospects -- figure heavily in the projections of whom Seattle might select at No. 26 overall. But where the team had been connected to several defensive backs in the event the top lineman aren't available when the Seahawks make their first pick, none of the mock drafts we looked at this week featured "Legion of Boom" additions, perhaps due to incredible depth at that position that makes it seem likely a top cornerback prospect might be available in round two.

Check out the gallery above for the newest edition of our Seahawks mock draft roundup, and be sure to follow our combine coverage throughout the week.