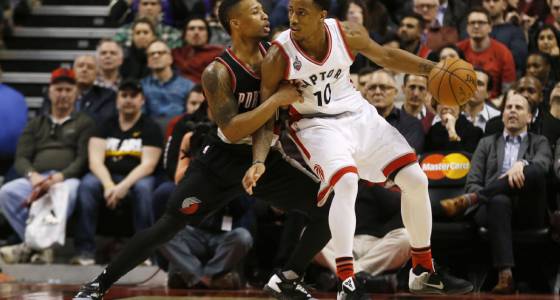 Filling in for the injured Kyle Lowry (right wrist), Joseph will have his defensive skills tested by one of the premier point guards in the league.

Portland is clinging to faint playoff hopes, 10th in the Western Conference heading into Saturday’s play. … The Trail Blazers began a post-break Eastern trip with a win in Orlando on Thursday. … Ex-Raptor fan favourite Ed Davis averages about 17 minutes a night off the bench for Portland. … The Raptors begin a stretch of six games out of seven on the road after this one. … Toronto beat the Blazers earlier this season in Portland and has won three meetings in a row at the Air Canada Centre.