As part of its initiative to improve the pace of game play, Major League Baseball has approved a change to the intentional walk rule, going from the traditional four-pitch walk to a dugout signal, it was announced Wednesday.MLB has studied various ways to... 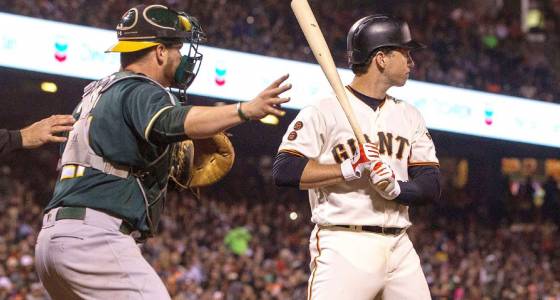 As part of its initiative to improve the pace of game play, Major League Baseball has approved a change to the intentional walk rule, going from the traditional four-pitch walk to a dugout signal, it was announced Wednesday.

ESPN's Jayson Stark reported earlier this month that MLB had made formal proposals to the players' union to usher in raising the strike zone and scrapping the practice of lobbing four balls toward home plate to issue an intentional walk.

Getting rid of the old-fashioned intentional walk would eliminate about a minute of dead time per walk. In an age when intentional walks actually have been declining -- there were just 932 all last season (or one every 2.6 games) -- that time savings would be minimal. But MLB saw the practice of lobbing four meaningless pitches as antiquated.

"It doesn't seem like that big of a deal. I know they're trying to cut out some of the fat. I'm OK with that," Indians manager Terry Francona said.

Said Yankees manager Joe Girardi: "You signal. I don't think that's a big deal. For the most part, it's not changing the strategy, it's just kind of speeding things up. I'm good with it."

While the union has resisted many of MLB's proposed innovations, players are willing to accept the intentional walk change.

"As part of a broader discussion with other moving pieces, the answer is yes," union head Tony Clark wrote Wednesday in an email to The Associated Press. "There are details, as part of that discussion, that are still being worked through, however."

"There's a variety of changes that can be undertaken," he said. "I'm committed to the idea that we have a set of proposals out there, and we continue to discuss those proposals in private."