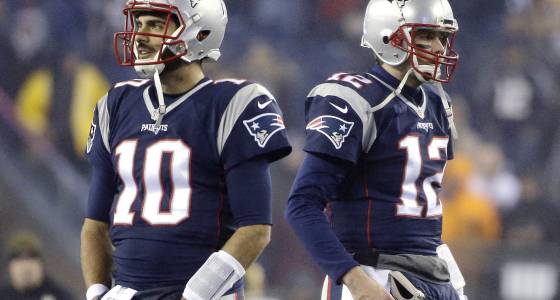 The New England Patriots are not expected to trade highly coveted backup quarterback Jimmy Garoppolo, ESPN reported Wednesday morning, keeping a succession plan to Tom Brady intact even as the franchise pillar followed his fifth Super Bowl title last month by clearly expressing he has no plans to retire. (Much to Gisele’s chagrin.)

Garoppolo, 25, a former second-round pick who went 2-0 in relief of Brady in the early weeks of the 2016 season, is entering the final year of his rookie contract. The Patriots would have to shell out to keep Garoppolo for 2018 and beyond — the franchise tag is a possible tool — but would have security at the sport’s most important position.

The Boston Herald has reported the Patriots and Brady are also in early stages of talks on a contract extension that on paper would carry past 2019 while mitigating his salary cap number for the intervening years, when they conceivably would need to pay Garoppolo starter money as well. The Patriots are masters of these cap gymnastics, always with Brady’s cooperation.

The typically secretive Patriots’ now-public intentions with Garoppolo now constrict a relatively uninspiring NFL quarterback market — Tyrod Taylor and AJ McCarron (and Tony Romo!) just got more attractive. Unless, of course, it’s a Patriots bargaining tactic meant to drive up the price on Garoppolo to their liking.