CHARLOTTE, N.C. -- The Carolina Panthers on Sunday re-signed 2016 sack leader Mario Addison to a three-year deal.Terms: Not immediately available.Grade: B. I can't give this an A because Addison hasn't proven to be the every down defensive end the Panthers... 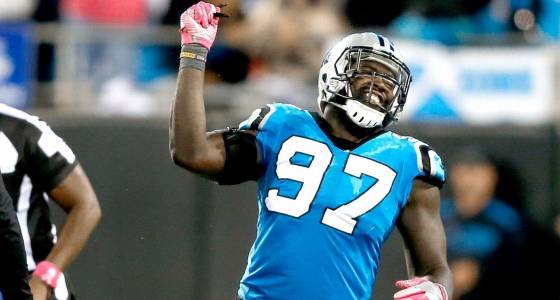 Grade: B. I can't give this an A because Addison hasn't proven to be the every down defensive end the Panthers need. But he has proven to be an effective pass-rusher, leading the team in sacks this past season with 9.5 and collecting a team-high 22 over the past three seasons. Age also is a factor in not giving this an A grade. Addison turns 30 in September.

What it means: It means the Panthers filled an immediate need for a pass-rusher. Addison, Charles Johnson and Wes Horton all are unrestricted free agents, leaving Kony Ealy on the opposite side as the only effective end on the roster. The Panthers likely will keep Johnson as well if he can be signed for a bargain. And look for an end to be drafted to groom as an every down player the organization really hasn't had since Greg Hardy in 2013.

What's the risk: There's not a lot of risk outside of Addison's age. But he'll only be 32 at the end of the deal, and he's been a situational player for most of his career so he doesn't have the wear and tear on his body that a player his age might normally have. That he proved more effective at stopping the run this past season also lessens the risk. Coach Ron Rivera actually called him a "complete" end at the end of the season after referring to him as a pass rush specialist the past few seasons.