Galleries Videos CONTACT ADVERTISE
Famagusta 24°
fog
BUSINESS EDUCATION ENTERTAINMENT HEALTH POLITICS SCIENCE SPORTS TECHNOLOGY
12:08 Guide To Online Sports Betting: How To Choose A Sportsbook
08:28 What Are Some Reasons to Consult a Brain Injury Lawyer?
09:24 Blockchain Solutions for Enterprises: How To Increase Efficiency And Profitability
07:06 How To Deal With A Car Crash In New York
17:43 Tips to keep in mind while choosing the casino site
11:34 Relation Between Employee Theft and Pre-employment Screening Check
04:37 Search your own desired site to play sports for betting
18:00 Top 3 Career Path Options for Business Analysts Preview
15:35 The history of Imen Jane, who is the influencer and the charges on the...
18:48 Sebastian Vettel's Greatest Races
BIST
1121
GOLD
474.590
USD
7.7650
GPB
10.0546
EUR
9.0520
Breaking News
Top 3 Career Path Options for Business Analysts Preview
Close

"Nothing is given."1 Month Ago4 Weeks Ago2 Weeks AgoPalm Harbor University senior wrestler Gavin Mitchiner uttered those words before the big county conference meet, and it's a motto that has driven him throughout his prep career. Mitchiner was... 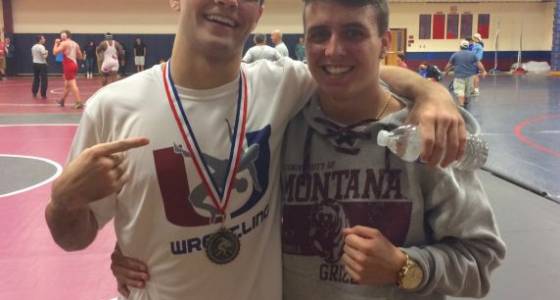 Palm Harbor University senior wrestler Gavin Mitchiner uttered those words before the big county conference meet, and it's a motto that has driven him throughout his prep career.

Mitchiner was called up to varsity as a freshman, and that's when he really started to take the sport seriously. But that didn't mean he had a spot on in a stout lineup.

As a sophomore he wrestled at 126 pounds, but when the playoffs came around, star teammates dropped weight, edging him out again. Mitchiner had to enter districts up at 152 to find a spot in the lineup, getting through only to go 0-2 in the next round.

"Gavin was a patient, team-first kid," PHU coach Brad Sakevich said. "When the lineup shifted, he moved up five weight classes and placed at district to help us win the title. I think that's where he turned the corner and started doing all the extra, little things to become better."

As a junior, Mitchiner finally got a regular spot in the lineup at 138 pounds. He was the Pinellas County Athletic Conference runnerup and was two matches from the medal round at states. That experience and a rekindling of the passion he had for the sport, fueled a furious summer of tournaments and camps in preparation for his senior campaign.

Last summer, competed at Disney and in Georgia, where Sakevich said he watched Mitchiner emerge as a team leader. Pile on a host of clinics, smaller tournaments, practices sometimes five days a week and Mitchiner took leaps toward being the wrestler he is today.

Add to that a fascination with studying film and you have the product that Mitchiner presents when he steps onto the mat.

"Coach (Mark) Prince has a large collection of wrestling matches from different time periods," Mitchiner said. "We'll watch my matches and (Prince) will have matches on tape of those same situations where he can show me what I did wrong and then we are able to look at someone who did it right, then implement those in the wrestling room."

"Being surrounded by that environment, I understood what the military was actually about," Mitchiner said. "I've seen what this country has done for me and I see it as my duty to give back to the country."

Mitchiner already has a four-year ROTC scholarship that he plans to take to the University of North Georgia, a military college, if things don't work out getting into West Point.

The prospects for Mitchiner's last run at the state tournament, which is this weekend in Kissimmee, are looking good.

"He's come such a long way," Prince said. "At the beginning of the year, he was hoping to place. Now I think he has his sights set a bit higher."

Mitchiner is 56-3 this season and will compete at 145 pounds, though he may just run into one of the wrestlers who handed him a loss — South Dade's Brevin Balmeceda.

"It's an odd feeling being a senior with your last weekend of wrestling in front of you," Mitchiner said. "I also see it as having nothing to lose. With all the preparation I've put into it, I'm going to leave it all on the mat."