Geographically speaking, Jessica Bendekovitz and Tiffany Brodt were 17 miles apart. But, at nearly the same time their paths would be forever interwoven because the pair were putting the finishing touches on their first-career perfect games. Bendekovitz,... 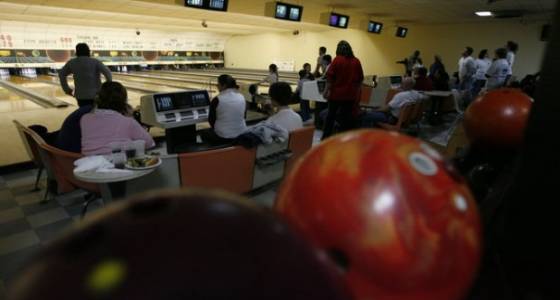 Geographically speaking, Jessica Bendekovitz matadorbet and Tiffany Brodt were 17 miles apart. But, at nearly the same time their paths would be forever interwoven because the pair were putting the finishing touches on their first-career perfect games.

Bendekovitz, 22, struck for her gem in the middle game in the Gary Piripavel Memorial League at Town & Country. Brodt, 26, connected in the same game at Blue Valley in the Tuesday Night Budweiser League.

''This has been a goal of mine for the last couple of years,'' said Bendekovitz of Easton. ''It wasn't easy because I was shaking before I threw the last ball.''

Bendekovitz opened her evening with a solid 197, just a tick above her norm of 191. She said she made some minor changes in her release heading into the second game and the tweak worked to perfection as she sailed through the front nine -- even catching a few breaks along the way.

''I had a few domino strikes in there and I started thinking about 300 about the ninth frame," she said. "I had that weird feeling that I might just get this. I kept myself calm going into the 10th because I could sense people were watching.''

She stuffed the first two strikes and then the notion of 300 hit her like a ton of bricks.

''I was shaking so bad but pulled myself together," she said. "I was wondering if they were all going to go down and I could hear dad yelling it was a good shot. I turned around bawling my eyes out and the first one to hug me was my dad.''

''She wasn't the only one that was nervous,'' said her father Jim Bendekovitz. ''To see her shoot 300 was just phenomenal. Now I know what it was like for my dad to see me shoot 300.''

Lou Bendekovitz was the patriarch of the family. He passed away three years ago but father and daughter both know he was right there with them.

''I'm sure Pop Pop was pushing my dad out of the way on that approach. He was with me,'' Jessica said.

Brodt had a premonition before leaving that she was going to have a breakout evening. She told her mother: Tonight is going to be the night.

The Saylorsburg resident jumped out of the gates, striking the first eight frames until a six-count stopped her bid, eventually finishing with 254.

"I guess it wasn't meant to be that game but thought maybe I can do it the second game," Brodt said.

She muscled her way through the front nine and faced a different kind of pressure than she did some nine months ago when she recorded an 815.

"The 10th and 11th were right there," she said. "On the last ball I did not want to adjust anything. When the ball hit the breakpoint I knew it. The only thing that would've stopped me was a 10-pin."

Brodt's string continued on into the final game and she admitted to looking too far into the future.

"I had the first two strikes and thought maybe I could get another one," she said. "Before I knew it, the game was over and I had 196. That's OK because I've been bowling better recently, and now I have a 300 to go along with the 800."

The perfect game replaces her disappointment of the 299 she shot in April 2014. She jokingly said she could retire from the sport having shot 300 and 800, but will stick around and try to push her numbers even higher.

Dave Goodman is a freelance writer who covers bowling. Find lehighvalleylive on Facebook.