The 2017 OSAA wrestling championships took place Friday and Saturday at Veterans Memorial Coliseum in Portland. Day 1 recap OregonLive was there to bring you complete coverage of the two-day event. Visit the links below to catch up on everything that went... 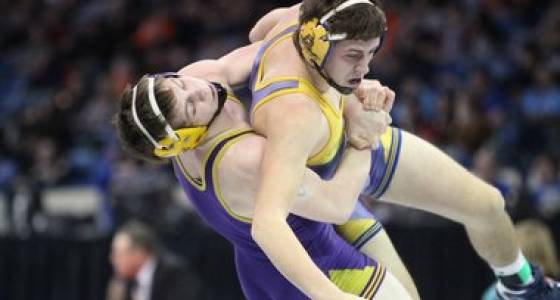 OregonLive was there to bring you complete coverage of the two-day event. Visit the links below to catch up on everything that went down.

Meet the finalists: Class 6A, 5A championship matchups at 2017 OSAA wrestling meet

At 113 pounds, Roseburg's Hunter Sparks earns chance to win another 6A wrestling title

Sherwood's Gaven Jolley adjusts to pressure of top seed, returns to 6A final

Shoulder scare behind him, Newberg wrestler Cody Fettig aims for redemption in 6A tournament

State wrestling: Top seeds who were also all-state in football

25 great Oregon high school wrestlers in the past 25 years

Looking back at the 2016 state championships