The Oregon Ducks retained the top spot in the women's rankings released Monday by the U.S. Track & field and Cross Country Coaches Association. Oregon athletes with national college lead in their events include Hannah Cunliffe in the 60 meters (7.09... 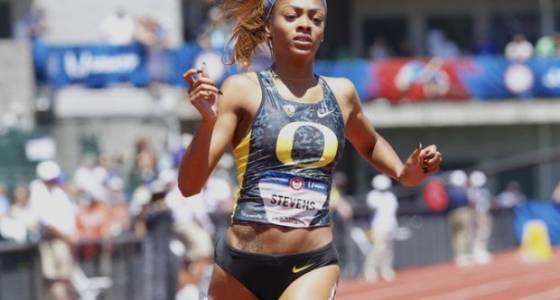 The Oregon Ducks retained the top spot in the women's rankings released Monday by the U.S. Track & field and Cross Country Coaches Association.

In addition the Ducks have the fastest distance medley relay time by more than seven seconds.

Oregon is followed in the top five by Georgia, Arkansas, LSU and Kentucky.

The UO men dropped from second to third in this week's rankings.

The Ducks are idle until the NCAA Indoor Championships, March 10-11 at College Station, Texas.

Here are the women's rankings from the USTFCCCA.

Here are the men's rankings from the USTFCCCA.