PITTSBURGH -- Many have weighed in on the status of Ben Roethlisberger's playing career, including his general manager, his team owner and even his former offensive coordinator, Bruce Arians.All three loosely expect Big Ben to return for a 14th NFL season... 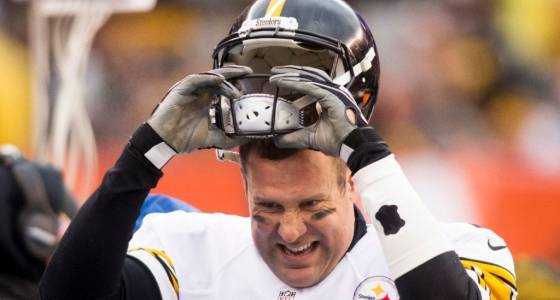 PITTSBURGH -- Many have weighed in on the status of Ben Roethlisberger's playing career, including his general manager, his team owner and even his former offensive coordinator, Bruce Arians.

All three loosely expect Big Ben to return for a 14th NFL season at age 35. But exactly one month since Roethlisberger made the comments on 93.7 the Fan to evaluate "if there's going to be a next season," the Steelers quarterback has mostly gone silent.

He's spent time in California with his agent, Ryan Tollner. He's played ping pong with former Pitt star and cancer survivor James Conner, whom Tollner's Rep 1 Sports also represents. Roethlisberger appeared on a podcast with Kentucky coach (and former Pittsburgh-area resident) John Calipari, but the topic of next season was not addressed.

But, really, Roethlisberger is doing exactly what he said he'd do: 'Take this offseason to evaluate, to consider all options, to consider health and family and things like that and just kind of take some time away to evaluate next season."

Even if he wants to return, letting things breathe for a month or two was always the game plan. The feeling a month ago was people inside the Steelers building would be surprised if Roethlisberger retired, and that still stands today. If anything, it's more of a lean toward his return.

Roethlisberger is due about $19 million next season as part of a five-year extension that has three seasons left.

"Where it stands is, Ben said that it’s a possibility, and we’ll treat it as such,” general manager Kevin Colbert told reporters in mid-February. “We hope he doesn’t retire. If he does, then as an organization we’ll try to move on, and we will move on. It doesn’t change our planning. ... I’m working under the assumption that until he says he’s retired officially, then he’s not. If he decides to [retire], then we’ll act accordingly, but in the meantime we’re not going to get out of sorts with potential retirements.”

Maybe no announcement will come, and Roethlisberger will simply show up to work for organized team activities. Either way, the chances of Roethlisberger, Antonio Brown and Le'Veon Bell racking up yards in 2017 seems fairly high.