There were some interesting big numbers in the Rays' 19-0 Tuesday win over the Twins, and a near-miss at a historical zero, losing a perfect game in the eighth:19: Spring record, overall record-tying runs by the Rays, and spring and overall record margin... 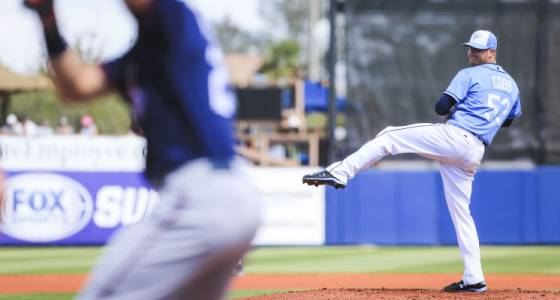 There were some interesting big numbers in the Rays' 19-0 Tuesday win over the Twins, and a near-miss at a historical zero, losing a perfect game in the eighth:

5: Rays who homered — two-runners by Curt Casali and Nick Franklin, three-run shots by Rickie Weeks and minor-leaguer Cade Gotta, and a mammoth grand slam by prospect Jake Bauers that struck the base of building beyond rightfield. "Jake continues to impress," manager Kevin Cash said. "That is one smooth swing."

23: Most hits in a spring game since at least 2008, one shy of regular-season record. "It's spring training so some people say winning and losing doesn't matter, but … we want to win, and the more runs we can put up the better. I think it's good to practice scoring a lot of runs," Casali said.