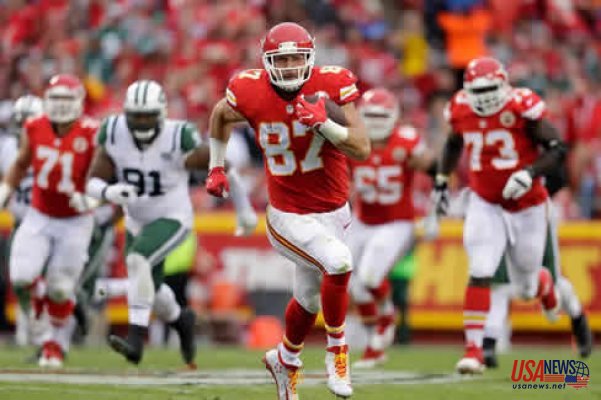 It’s amazing to think that we are already at the half-way point of the 2020 NFL season. It’s been a bumpy road through this COVID-infected year. But things seem to be leveling out with at least semi-smooth roads ahead.

So, look at a few games that you should consider for your survivor pool picks and for building your betting bankroll, as our friends at online-casinos.co.uk recommend in this article.

The spread betting line for this tilt at Arrowhead Stadium opened at 21.5. So, I think it’s safe to say this is one where you should pick the KC Chiefs for your survivor pool. It’s also a good time to use the Chiefs defense in your fantasy lineup. Why? Well, it’s the No. 32 offense going against the No. 9 defense in the league.

The NY Jets are in a bad spot. I actually feel bad for them and their fans. Each of the last few years has been full of hope. They got Sam Darnold and then had one of the best secondaries in the NFL … but it just never seems to come together, and this season they’ve completely fallen apart.

So far, they haven’t been able to win a single game this season. That’s right. They’re 0-7. On the bright side, they finally got a point spread cover in Week 7, putting them 1-6-0 against the number. Even with double-digit spreads, they couldn’t get a cover. So, it’s no wonder why the books would list the opening line at 21.5. But now you can find the number as low as 19 at sites like Bookmaker and Intertops, but it’s still 19.5 at BetOnline and Bodog, even 20 at select outlets. This is why it’s important to have a few different accounts if you’re a sports bettor. You ensure that you get the best line and take advantage of the sportsbooks with the best bonuses.

The Jets are a mess on offense. They average just 12 points per game and have the league’s worst passing yards stat with just 159.86 yards per game. I mean, jeesh. I’m pretty sure Jim Plunket could chuck it nearly that far in one throw! But it doesn’t get much better on the ground. They rank No. 22 in rushing yards. You would hope that with an offense that bad, the defense would at least be middle of the road. Well, it’s not. The NY Jets defense ranks 24th in the NFL in total score, 24th in stopping the pass, and 22nd in stopping the run. They are 30th in time on the field and 22nd in yards per play allowed. No wonder they get blown up so badly late in the game.

Did Patrick Mahomes think there was a good chance the Jets would draft him in 2017?

"Yeah, I definitely thought there was interest there" pic.twitter.com/9NjNGSGVKV

The Chiefs have the top five scoring offense; they rank 12th in passing, 9th in rushing, and 6th in yards per play. So, why are they the best team in the league? Because they also have a top-10 scoring defense that ranks 5th in stopping the pass. Their biggest weakness is their run D, which ranks 30th. This could prove problematic later in the season but not against a team like the NY Jets.

If you think 19.5 points is too much, the Chiefs dropped 27 on the Denver Broncos last week. Not to mention the fact that three of the Jets’ seven losses have been by 20 points –and those were against lesser teams than the defending champions. We also have an x-factor of Le’Veon Bell. I expect him to be hungry to get on the field and smash into the gut of the team that recently broke up with him.

Here is another little nugget for you. Bookmakers set the total at just 48 points over a 20+ point spread. With the Chiefs averaging over 31 points per game, this means they don’t expect the Jets to put many points up. I agree and think this game lands in the 30-something to ten range.

Take the Chiefs to cover the massive point spread and get the win.