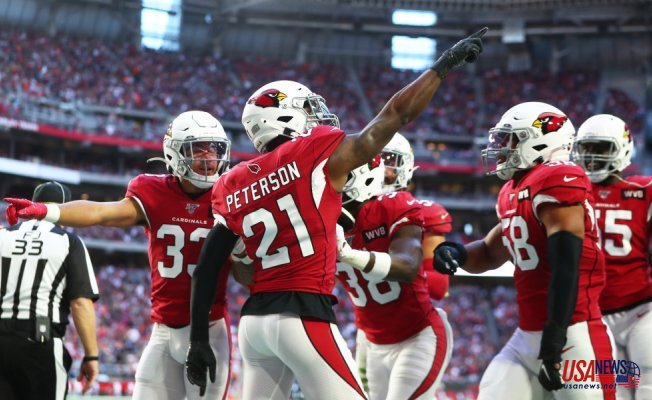 Arizona entered 2020 with some buzz, though many fans in offshore sportsbooks believed they could be a dark horse in the playoffs. The Cardinals are getting some love after week one upset win on the road against the San Francisco 49ers, who lost in the super bowl final.

Cardinals are in ninth position in the latest power ranking from the touchdown wire's Doug Farrar. The difference for the Cardinal in the season opener over the last season was the play on defense. Arizona's third-down defense was fantastic despite QB Jimmy Garoppolo throwing two touchdown passes. He had a passer rating of 103.0. The Cardinal's defense broke up three passes in San Francisco to give the Cardinals the win after having the league's worst pass defense in 2019.

In week two, Arizona will face the Washington football team, who was ranked in position thirteen in these same power rankings. The cardinals remain to be the best team in the NFC West despite ranking in the top ten. In the fourth position is Seattle Seahawk and Los Angeles rams the same in the seventh position

The NFL enters week three with a lot of 2-0 teams and plenty of 0-2 teams as well. The question is, which teams are for real? Which teams are better than their record?

Several NFL writers are raving about Kliff Kingsbury team in their latest ranking, with Kyler Murray's spectacular play in the first two weeks of the sea a big part of the discussion.

After the win against the San Francisco 49ers and Washington, Cardinal has been ranked in the seventh position by NFL writers. The lowest ranking for Arizona is in the thirteenth position.

CBS Sports: Cardinals up one to No. 7

According to Pete Prisco, Kyler is in the MVP conversation, and his offense is tough to stop any defense. The defense is also much improved over a year ago.

According to Conor Orr, Kyler Murray's transition from rookie of the year to established star was fast, but so it goes when you've been mastering a version of this offense since high school.

According to Nate Davis, this Arizona's fifth 2-0 start since 2008, each of the previous ones resulting in trips to the playoffs.

Bleacher Report:  Cardinals up one to No. 7

Bleacher report states that cardinal Arizona might be legit. For the second time in as many weeks, the Cardinals took care of business, racing out to a 20-0 lead and holding off the Washington Football Team in their home opener.

With three straight games on tap against teams with a combined 0-6 (Lions, Panthers, Jets), the Cardinals could well roll into their Week 6 Monday fighter against the Dallas Cowboys undefeated. After that comes the biggest test: a home date with Russell Wilson and the Seattle Seahawks.