The best-player-available draft strategy is the one general managers swear by, but they all need a quarterback they can swear by, as well. And according to one NFL general manager, two of the 2017 NFL Draft's top quarterbacks will come off the board very... 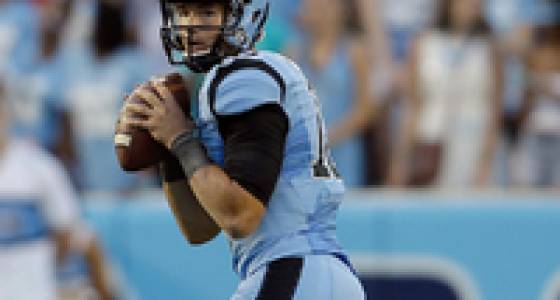 The best-player-available draft strategy is the one general managers swear by, but they all need a quarterback they can swear by, as well. And according to one NFL general manager, two of the 2017 NFL Draft's top quarterbacks will come off the board very early in the first round.

"I had a general manager tell me that two quarterbacks will be taken before the Buffalo Bills pick at No. 10," said NFL Network analyst Charley Casserly. "Two quarterbacks in the top nine. That'd be a shocker."

It would, indeed. Particularly to NFL Network draft expert Mike Mayock, who has classified the 2017 quarterback class as one that generally needs development before stepping into a starting role on Sundays. Casserly, the former Washington Redskins GM, recently polled 22 NFL clubs on the top quarterback in the draft, and most responses identified either Clemson's Deshaun Watson or North Carolina's Mitchell Trubisky.

So which NFL clubs might be a threat to take a quarterback off the board that early? The Cleveland Browns, San Francisco 49ers and New York Jets are the clubs with the clearest need at the position, but the Browns hold the No. 1 pick and are widely expected to select Texas A&M DE Myles Garrett. The No. 2 pick would be an awfully rich investment by the 49ers, leaving the Jets as the most likely taker. The Chicago Bears and Jacksonville Jaguars don't quite know what they have in Mike Glennon and Blake Bortles, respectively; Glennon hasn't started a game since 2014, while Bortles regressed last season and is now under a new coaching staff. Beyond that, the Los Angeles Chargers could be in the market for an understudy to aging veteran Philip Rivers.

In other words, there aren't two obvious destinations for quarterbacks in the first nine selections, particularly given the questionable value. But finding a franchise quarterback is how NFL fortunes get turned around. And the market for them is never too cold.