Famagusta 22°
clear sky
BUSINESS EDUCATION ENTERTAINMENT HEALTH POLITICS SCIENCE SPORTS TECHNOLOGY
06:57 Biden's focus on climate and families is trimmed to $2T plan
15:51 COVID-19 during pregnancy: Women regret not having the vaccine
03:35 US and Haiti demand release of 17 missionaries kidnapped by gang
16:24 It's risky business: Some Capitol Riot defendants give up lawyers
16:21 Kidnapping missionaries are being blamed on gangs with abducted past members
04:08 Officials label the fatal stabbing of a UK lawmaker terrorist act
00:00 The recalculation of unemployment benefit goes back to the Council of...
16:26 Jan. 6 panel sets vote on contempt charges against Bannon
00:00 Already survivor of a crash, an American fisherman survives after being...
13:59 As inflation rises, Social Security benefits get a big boost
BIST
1432.8
GOLD
529.53
USD
9.2146
GPB
12.7552
EUR
10.7477
Breaking News
A study shows that at 30 km/h we pollute more than at 50 km/h: Xavier Bertrand's misinterpretation
Close

With the 2017 NFL Draft around the corner, former NFL scout Bucky Brooks and Around The NFL's Conor Orr are breaking down the biggest areas of need for every team in the NFL, division by division. Below is Conor's look at the NFC North.» Round 1:... 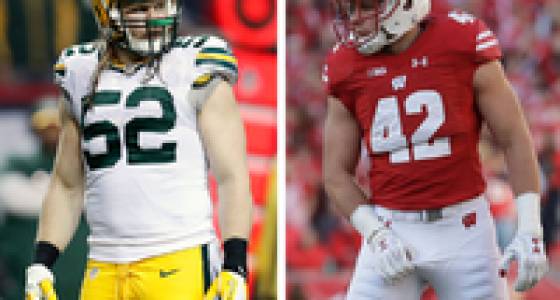 With the 2017 NFL Draft around the corner, former NFL scout Bucky Brooks and Around The NFL's Conor Orr are breaking down the biggest areas of need for every team in the NFL, division by division. Below is Conor's look at the NFC North.

John Fox said at the Annual League Meeting last month that the Bears are in striking distance, which is not as laughable a statement as it sounds. They are in the process of building a top-10 offensive line, but do need help on the perimeter if they want to free their sensational second-year running back Jordan Howard. The current crop of tackles might make this harder than initially thought (the team did visit with top tackle prospect Garett Bolles, according to ESPN), which is why the Bears could attack some of their other needs. How about a versatile 3-4 defensive lineman? Either Solomon Thomas or Jonathan Allen would make a lot of sense at No. 3.

The Lions are in a good enough spot with their roster construction that they can truly go best player available and not come to regret it. That being said, the team is far from perfect and desperately needs to get young and aggressive on the defensive line. Someone like Kansas State's Jordan Willis could be a nice selection (if he's still available when Detroit goes on the clock). Tight end O.J. Howard from Alabama could handle more of the blocking grunt work and free Eric Ebron to do what he does best, which is run routes and catch passes. It will be fascinating to see if the Lions completely sell out on offense, recognizing that it is by far the strength of their team, especially after some O-line upgrades in free agency.

It's been popular of late to mock a running back to Green Bay at the tail end of the first round, though I don't necessarily see it. The Packers have some serious foundational issues that need to be addressed in the offseason if they want to escape their current plateau and reach the Super Bowl again. Safety position excluded, I was hard-pressed to find a member of the secondary on their roster that played at or above replacement level. The team should be -- and probably is -- thinking about the future beyond Clay Matthews, which is why local product T.J. Watt might be a fun addition at No. 29.

The Vikings might be in a logical position to address some of their offensive line needs, seeing as some of the better tackles (in a bad class, mind you) will slip beyond the first round. Thanks to Sam Bradford, Minnesota currently lacks a first-round pick, but if fictional Browns general manager Sonny Weaver Jr. taught us anything, nothing is impossible on draft day. It was difficult to see Minnesota boxed out of the top-tier O-line market this offseason because quarterback protection -- and by extension, a legitimate running game -- is the only thing standing between the Vikes and first place in the division.