New season, new rules5 Days Ago2 Weeks Ago6 Days AgoSunday's Daytona 500 marks the debut of NASCAR's new points system. Each race will be divided into three stages. The first two segments are 60 laps each, and the final one is 80 laps. For each of the first... 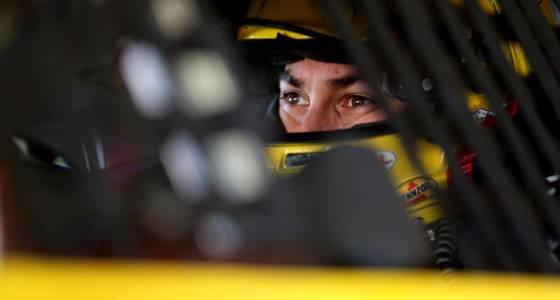 Each race will be divided into three stages. The first two segments are 60 laps each, and the final one is 80 laps. For each of the first two segments, drivers receive points for a top-10 finish — 10 for first, nine for second, etc. The race winner gets 40 points; second place gets 35, third gets 34, and so on. Those points help drivers qualify for the 10-race playoff.

Win the first or second stage, and you get one point that carries over to the playoff. The race winner gets five. These playoff points will help determine which four drivers will compete for the series championship at Homestead-Miami Speedway on Nov. 19.

What does it mean for Sunday's race? Drivers will have a bigger incentive to race harder earlier, instead of biding their time until the closing laps. That could lead to more passing — and bumping — across 500 miles.

"Each third of this race could get very exciting," defending race winner Denny Hamlin said, "because people are going to be fighting for those championship points."

Chase Elliott: The 21-year-old son of Hall of Famer Bill Elliott is on the pole for the second time in two chances. His rookie run didn't go well; he wrecked and finished 37th last year, but he won Thursday's first duel.

Dale Earnhardt Jr.: The two-time 500 champion missed half of last season with a concussion, but he hasn't looked rusty. He'll start alongside Elliott on the first row.

Brad Keselowski: The 2012 series champion has five wins at restrictor-plate tracks and got his first at Daytona in July's Coke Zero 400. Keselowski has finished in the top four twice in the Great American Race but has yet to win it. Could this be his year?

Joey Logano: Team Penske's other top talent. Logano won the 500 in 2015 and triumphed in this month's exhibition race, too.

Kyle Busch: The 500 is one of the few things the 31-year-old former series champ hasn't won yet. He has seven top-five finishes at Daytona, including a third-place showing last February.

Jeffrey Earnhardt: The grandson of the late Dale Earnhardt Sr. and Dale Jr.'s nephew will be making his Daytona 500 debut, at a track that means everything — good and bad — to his family. "My grandfather, he did a lot of things for the sport — he was my superhero," said Earnhardt, 27. "To try to live up to be a superhero, that's not something I'm capable of."

Brendan Gaughan: Technically not new, but the Xfinity Series regular hasn't raced in the 500 in 13 years. It's hard to beat his background — he was an all-conference kicker at Georgetown and had to guard Allen Iverson on the Hoyas' basketball team. "Know the old joke where someone crosses you so hard he broke your ankle?" Gaughan said. "Well, (Iverson) really did cross me so hard he broke my ankle. It was black and blue for two years covering him in practice. Chipped a bone. Tore some ligaments. Just taped it up, kept going, guarded him every day."

11.7 Average finish at Daytona for Austin Dillon, the best among active drivers

29 Career Daytona 500s for Michael Waltrip, who says his 30th on Sunday will be his final NASCAR race

7 NASCAR championships for Jimmie Johnson, who is tied with Richard Petty and Dale Earnhardt Sr. for the most ever. His run at an eighth begins Sunday. "I'm not going to put pressure on myself to worry about eight," Johnson said. "If we get it, it'll be one heck of a party. Until then, we're going to have fun still."

Quote of the week

"Hell yeah!" — Dale Earnhardt Jr., on whether he'd consider retiring immediately if he wins his first series championship this year