Let’s be honest, there wasn’t much reason to go out of your way to tune into the Delaware 87ers vs. Raptors 905 on Saturday night.However, the saying “don’t judge a book by its cover” doesn’t exist for nothing — and ultimately this basketball... 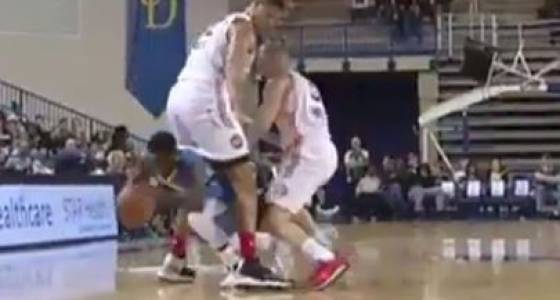 Let’s be honest, there wasn’t much reason to go out of your way to tune into the Delaware 87ers vs. Raptors 905 on Saturday night.

However, the saying “don’t judge a book by its cover” doesn’t exist for nothing — and ultimately this basketball game produced one of the best moments of the season at any level.

Watch as 5’9″ Nate Robinson dribbles into a trap and, instead of picking the ball up or calling a timeout, dribbles his entire body through the legs of 7’3″ Edy Tavares to escape the defensive pressure:

This could be the most special thing to happen on a basketball floor this season.