DAYTONA BEACH, Fla. -- Justin Allgaier said his dirt modified crew chief wasn't just watching the World of Outlaws race at Volusia Speedway Park for the fun of it when he hustled over toward the Turn 2 fence Sunday night.Kelly Kovski wanted to see if the... 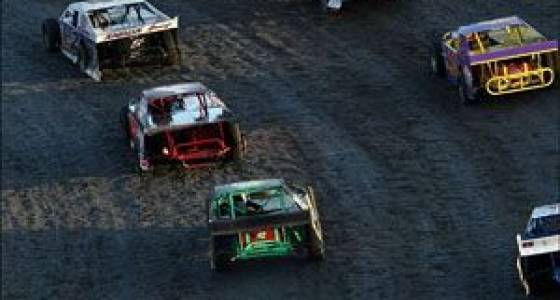 DAYTONA BEACH, Fla. -- Justin Allgaier said his dirt modified crew chief wasn't just watching the World of Outlaws race at Volusia Speedway Park for the fun of it when he hustled over toward the Turn 2 fence Sunday night.

Kelly Kovski wanted to see if the track conditions were changing, as Allgaier would compete in the modified main event later that night. That's not a rare thing to do. NASCAR driver Austin Dillon has stood in that general area often to watch those races to determine what would be the best line for his car when he would moonlight there during the Daytona race weeks.

But going to check out the track turned into a horrific situation for Kovski as he was among those hit by the car of Dale Blaney, who had hit the guardrail and flipped over the 10-foot-high link fence and into the pit area.

"[He went] to see what the track was doing to make adjustments to our car for later in the evening -- he was literally walking up as the car came out and got him," Allgaier said Wednesday.

"He hadn't even stopped to look at the racetrack. ... It's bad enough if you had been standing there for 20 minutes but the fact that you're walking up and into a crowd of people and something like that happens makes it even tougher."

Kovski remains at Halifax Health Medical Center with broken ribs and broken vertebrae. The other victim, Michael Brooks, was the most seriously injured and was admitted to the hospital in critical condition. Hospital officials have not released an updated condition for Brooks since Monday.

Planning to run this week at the half-mile dirt track before competing in NASCAR Xfinity Series events this weekend at Daytona International Speedway, Allgaier has parked his modified for the remainder of the week following the accident.

He plans to wear a decal on his helmet and begin a campaign to raise funds for Kovski's care.

"Honestly, it gives me more motivation to go try and win this week," Allgaier said. "Sometimes trials and hard times bring everybody closer together. ... For me, he's a racer.

"He races some ARCA races, he runs a modified full time during the course of the season and there's nothing more that he would want, I'm convinced, to be able to go out there and win this race."

The track will no longer allow fans to stand in that area and removed the bleachers nearby -- a set of bleachers that was hit by another car that flew over the fence Wednesday. Since 2005, no cars had gone over the fence until last week.

"That's exactly where I was standing [in the past]," Dillon said. "If I was racing there, I would have been probably watching the sprint car race and checking the track right there.

"It makes you think about it. I don't know why that thing left the park. It's scary."

Kasey Kahne, who owns cars that raced at Volusia in the last week, said the flips were big flips but wasn't surprised considering the speeds and the fencing.

"I've actually sat in those grandstands for like qualifying and stuff, but for a main event ... I would never stand right there," Kahne said.

Allgaier said the track ownership World Racing Group have been at the hospital and Blaney has been in contact with the families. The only thing Allgaier said he noticed about the track over the last week was that the conditions made the lanes closer to the wall the fastest lanes on the track.

"There was probably 100-plus people standing in that condensed area," Allgaier said "For it to hit [only] three people, that's just absolutely crazy. ... I don't know that we could have done anything differently or better."