As we move closer to spring practice in the Big 12 — it starts next week — why not peer ahead to fall? There are many ways to examine 2017 schedules around the league, but we’ll start with a look this week at two games that immediately stand... 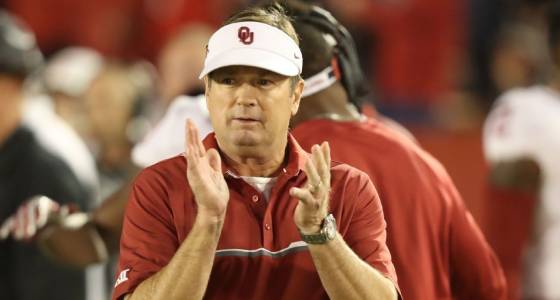 As we move closer to spring practice in the Big 12 — it starts next week — why not peer ahead to fall? There are many ways to examine 2017 schedules around the league, but we’ll start with a look this week at two games that immediately stand out: the must-win and trap games.

Up next: the Oklahoma Sooners.

Sandwiched between three monster games against Texas, at Kansas State and at Oklahoma State is the Oct. 28 bout against Texas Tech. The Red Raiders struggled mightily last season, failing to make a bowl game despite featuring the nation's leading passer in Patrick Mahomes. But as the Sooners can attest, Texas Tech can be dangerous when its offense is clicking. Last season, the Sooners barely survived at Tech before holding on for a 66-59 victory. And though Oklahoma won't have to face Mahomes next season, Tech will still feature a dangerous offense with a capable receiving corps and an upside QB in Nic Shimonek. Tech will arrive in Norman, as Oklahoma will be coming off and preparing for two emotional road trips to Kansas State and Oklahoma State, respectively, which figure to define the Big 12 title race. But the Sooners, especially the defense, will need to be focused against the Red Raiders, as well. Because if the game turns into another shootout, anything is possible.

This could be a number of games. Sept. 9 at Ohio State. The Red River Showdown on Oct. 14. Bedlam on Nov. 4. Even West Virginia the week before the Big 12 championship on Nov. 25 (and not to be presumptuous, but the Big 12 title game itself, as well). But I'll go with K-State, and here's why. The Sooners could lose at Ohio State and still win the Big 12 and make the playoff. A defeat in Columbus would do little to damage Oklahoma's playoff profile. The Sooners could lose in Stillwater, and still come back and defeat the Cowboys in a rematch in the Big 12 title game. But if Oklahoma lost at K-State, it would be difficult to envision how the Sooners could get to the playoff, given the other potholes on the schedule. Oklahoma is undefeated in Manhattan under Bob Stoops. But Bill Snyder has also had his moments against the Sooners with his better teams, notably the 2003 Big 12 championship game and in 2012 in Norman. This figures to be one of the two best teams that Snyder has fielded since 2012. Which makes Oct. 21 a difficult obstacle that the Sooners will have to clear to meet their preseason goals.