World No. 1 Andy Murray doesn't think players returning from doping bans deserve wild cards, as Maria Sharapova's 15-month suspension nears an end.Sharapova will to competitive tennis in April having served a ban after testing positive for meldonium at... 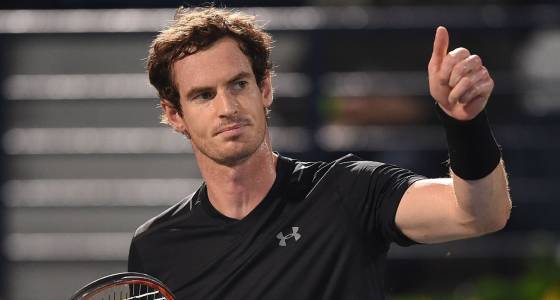 Sharapova will to competitive tennis in April having served a ban after testing positive for meldonium at the Australian Open in January 2016.

The five-time Grand Slam champion has already been granted wild card entry to WTA events in Stuttgart, Madrid and Rome.

Murray -- who was critical of Sharapova and his own racquet sponsor Head for staying with the Russian when news broke of her failed drug test -- hopes players aren't given any favours upon their return regardless of their status in the sport.

"I think you should really have to work your way back," Murray told The Times.

Sharapova will have to apply for a wild card to play at the next Grand Slam, at Roland Garros, in late May, but she may pick up enough ranking points in time to qualify for the main draw at Wimbledon in July.

The wild card deadline for Wimbledon falls in the same week the French Open commences.

"She [Sharapova] has an opportunity to try to improve her ranking up until that point and potentially not need a wild card," Murray said.

"But then if she doesn't, that becomes Wimbledon's decision and how they want to play that.

"I'm sure they'll think long and hard about it and how they feel people will view it and then make the right decision for them."