Miller: Ducks are skating hard, but don't seem to be getting anywhere

ANAHEIM – Yes, as per NHL guidelines, they’re playing their games with a puck.But it could just as easily be a coin for the Ducks, a team still trying to make heads or tails of a season that continues to insist on flipping between the two.Since... 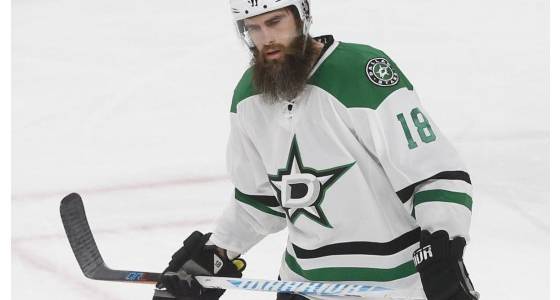 ANAHEIM – Yes, as per NHL guidelines, they’re playing their games with a puck.

But it could just as easily be a coin for the Ducks, a team still trying to make heads or tails of a season that continues to insist on flipping between the two.

Since opening the season 0-3-1, the Ducks haven’t had a winning or losing streak in excess of three games. They’ve alternated wins and losses over each of their past eight.

Officially, that’s one step forward followed by one step back, which is a very difficult way to make discernible progress.

If they keep skating in place like this, the Ducks might eventually scrape down the ice and fall straight through.

“If we knew exactly what the problem was, I’m sure we would have fixed it a long time ago,” forward Rickard Rakell said. “We want to win as many games as we can. But I think this keeps us honest throughout the season.”

It certainly should keep the Ducks grinding, in a way quite rare of late, this being a group that, in each of the previous four years, put together magnificent stretches of cruise-control dominance.

Entering their game Saturday against the Kings at Staples Center, the Ducks haven’t come close to building the sort of momentum they rode annually like a wave – while their opponents disappeared in the undertow.

By mid-December of the 2014-15 season, the Ducks had assembled two seven-game winning streaks and, in late January, were 32-10-6 overall. A year ago, beginning in the third week of January, they went 18-1-1.

And now here they are, many of the same players struggling to sustain anything more than maddening, confidence-draining inconsistency.

“It’s just a lot of small things,” Rakell said. “We’re never satisfied. There’s something wrong every game. Maybe that’s a good thing. All we can do is keep fighting and keep battling.”

The one difference this season, of course, is the Ducks’ coach, Randy Carlyle replacing Bruce Boudreau, who, throughout his career, has followed brilliant regular-season success with complete postseason failure.

So, who knows? Perhaps this is the year the Ducks make their crazy run in the playoffs.

That’s the positive outlook, the one in which the glass isn’t only half-full but also the beverage inside is Dom Perignon.

Hey, the franchise’s only Stanley Cup came during Carlyle’s previous time here, and what’s wrong with wishing for something so hard that your temples begin to pulse?

What’s more, the Ducks just added some needed offense, trading Friday for Patrick Eaves’ beard. Presumably, Dallas is sending along the rest of Patrick Eaves, too, but this guy’s facial hair is impossible to ignore.

Unless I missed it and he shaved during the Stars’ five-day break this week, Eaves could set a Ducks’ franchise record for longest chin, the forward, when last seen, sporting what appeared to be an Afro-wearing woodland creature.

Forward Ryan Kesler called Eaves “a glue guy,” meaning the Ducks can only hope he also becomes “a glue gun” and continues to fill the net like he did with Dallas this season. Said Carlyle, “We didn’t acquire him for his penalty-killing.”

At Staples Center, the Ducks will face an opponent that has won just twice in its past eight games.

The Kings are coming off a 4-1 loss to Boston, the Bruins the same team the Ducks defeated Wednesday, 5-3.

Following two days of constructive practice, the Ducks also will benefit from traveling just up the freeway for a road game.

All of which means the Kings will probably win and do so convincingly. That, at least, would fit with the frustrating narrative hounding the 2016-17 stop-and-go Ducks.

“We’re going to have to play a man’s game ... in the opposition’s building,” Carlyle predicted, further calling the Kings “a big, strong team” that is “desperate for points.”

When they most recently visited Staples Center, way back in November, the Ducks won, 4-0, on a night that featured four fights, two game misconducts, another misconduct and a double minor for high-sticking.

The Ducks’ bruiser has fought in all three games against the Kings so far, twice taking on Kyle Clifford and once battling Jordan Nolan.

The respondents at the website hockeyfights.com have Boll going 1-1-1 in those bouts.

But then, what did you expect? Up till this point, all the Ducks appear committed to this win-one, lose-one habit, even their players who have tossed punches performing at the rate of tossed coins.