Galleries Videos CONTACT ADVERTISE
Famagusta 16°
few clouds
BUSINESS EDUCATION ENTERTAINMENT HEALTH POLITICS SCIENCE SPORTS TECHNOLOGY
10:58 Kratom Tea: How Is It?
11:46 Office Furniture Products for you!
12:17 Top Clubs, Their Value, Revenue And Current Standings
11:14 Reasons Why Rewarding Yourself is a Good Practice
10:56 What Egypt Has to Offer for US Travelers
12:48 How to Maximize Compensation in Your Personal Injury Case
12:28 How To Use a CBD Vape Pen for Anxiety
05:28 Second-Hand Vaping Is Harmless
05:15 Guide to Vaping and CBD Flower for Beginners
14:55 COVID-19 Recovered Ronaldo and Zlatan outshining everyone in Serie A
BIST
1325
GOLD
457.009
USD
7.8499
GPB
10.5036
EUR
9.4493
Breaking News
Tips & Trick To Buying Jewelry Items Without Spending Much
Close

PORT ST. LUCIE, Fla. -- David Wright will see game action for the first time since his June neck surgery as the designated hitter for the Mets in their Grapefruit League home opener against the Washington Nationals on Saturday. Wright has been... 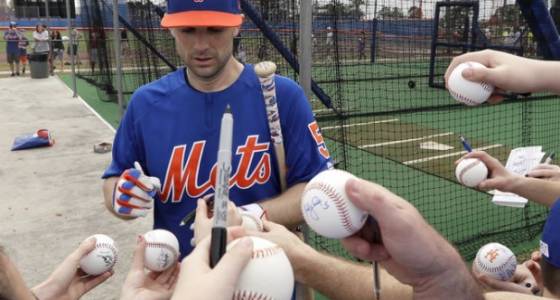 PORT ST. LUCIE, Fla. -- David Wright will see game action for the first time since his June neck surgery as the designated hitter for the Mets in their Grapefruit League home opener against the Washington Nationals on Saturday.

Wright has been taking batting practice and hitting live pitching for a couple weeks now and is ready to see the progress he's made with the bat since his surgery to repair a herniated disk in his neck. He won't play third base or even first for a few more weeks.

Lefthander Sean Gilmartin will make his first spring training start, opposing Gio Gonzalez. Jerry Blevins will then take over and the Mets plan to test out a few more lefties in relief.

Gilmartin has primarily been a starter in the minor leagues but has mostly pitched out of the bullpen at the major league level. Gilmartin, a Rule 5 selection in 2015, has held lefties to a .226 average in the majors. He'll face a lineup loaded with them, as the Nationals will start five, including Adam Eaton, Daniel Murphy and Bryce Harper going 2-3-4.

The Mets won their spring opener 3-2 on Friday, on the road against the Boston Red Sox.

Here is the Mets' lineup for Saturday: