PALM BEACH GARDENS, Fla. -- Rory McIlroy took to Twitter on Friday afternoon to set the record straight about his round of golf on Sunday with President Donald Trump.McIlroy, 27, who lives in the area and has been recovering from a rib injury that has kept... 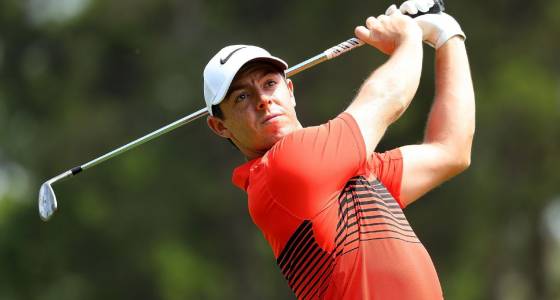 PALM BEACH GARDENS, Fla. -- Rory McIlroy took to Twitter on Friday afternoon to set the record straight about his round of golf on Sunday with President Donald Trump.

McIlroy, 27, who lives in the area and has been recovering from a rib injury that has kept him from playing competitive golf since January, received a late call Saturday asking him to be part of a golf group the next day with Trump at nearby Trump International Golf Club in West Palm Beach.

The four-time major champion from Northern Ireland since has felt a considerable amount of backlash for playing with the president.

"I don't agree with everything my friends or family say or do, but I still play golf with them," McIlroy wrote in his lengthy post on Twitter. "Last week, I was invited to play golf with the President of the United States. (Whether) you respect the person who holds that position or not, you respect the office that he holds. This wasn't an endorsement or a political statement of any kind. It was, quite simply, a round of golf.

"Golf was our common ground, nothing else. I've traveled all around the world and have been fortunate enough to befriend people from many different countries, beliefs and cultures.

"To be called a fascist and a bigot by some people because I spent time in someone's company is just ridiculous. I hope, to some degree, this clarifies my decision to accept the decision that was offered to me."

Ernie Els had a similar answer to questions about playing with Trump the week prior. He also got a last-minute call and felt that when asked by the President of the United States to play golf, you play golf.

Two years ago, before Trump was a candidate for president, he made a sideshow out of retrieving a club from one of the lakes at the Trump Doral Resort in Miami, where the WGC-Cadillac Championship was staged through last year. McIroy had thrown the club in anger during the second round.

Trump sent a scuba diver into the lake to retrieve it, then presented it to McIlroy on the driving range prior to the final round.

That tournament has now moved to Mexico City -- where McIlroy is scheduled to return next week. When the announcement was made to move the event last June due to sponsorship issues, many believed the PGA Tour -- which denies doing so -- fled because of Trump's comments about Mexicans and women on the campaign trail.

Referring to Trump's campaign promise to build a wall separating Mexico from the U.S., McIlroy quipped at the time: "We'll just jump over the wall."