Galleries Videos CONTACT ADVERTISE
Famagusta 24°
scattered clouds
BUSINESS EDUCATION ENTERTAINMENT HEALTH POLITICS SCIENCE SPORTS TECHNOLOGY
12:08 Guide To Online Sports Betting: How To Choose A Sportsbook
08:28 What Are Some Reasons to Consult a Brain Injury Lawyer?
09:24 Blockchain Solutions for Enterprises: How To Increase Efficiency And Profitability
07:06 How To Deal With A Car Crash In New York
17:43 Tips to keep in mind while choosing the casino site
11:34 Relation Between Employee Theft and Pre-employment Screening Check
04:37 Search your own desired site to play sports for betting
18:00 Top 3 Career Path Options for Business Analysts Preview
15:35 The history of Imen Jane, who is the influencer and the charges on the...
18:48 Sebastian Vettel's Greatest Races
BIST
1121
GOLD
473.531
USD
7.7650
GPB
10.0508
EUR
9.0520
Breaking News
Top 3 Career Path Options for Business Analysts Preview
Close

Mayock: John Ross off some draft boards due to injuries

The fastest player in the history of the NFL Scouting Combine won't even be on the board for some teams when the NFL draft commences next week. NFL Network draft expert Mike Mayock said Friday on a media teleconference that injury concerns have made Ross... 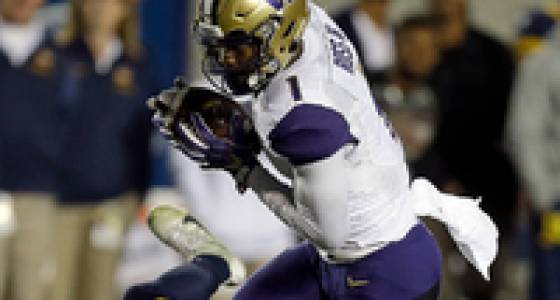 The fastest player in the history of the NFL Scouting Combine won't even be on the board for some teams when the NFL draft commences next week. NFL Network draft expert Mike Mayock said Friday on a media teleconference that injury concerns have made Ross undraftable for some, and downgraded for others.

Ross (5-foot-11, 188 pounds) enjoyed a breakout season at Washington last year (1,150 yards, 17 TDs) and broke the combine 40-yard dash record in March with a clocking of 4.22 seconds. He postponed surgery to repair the labrum in his right shoulder until after Washington's pro day and missed the entire 2015 season with a knee injury. Per a statement from Ross' agent, his surgery history includes meniscus surgery on his right knee in January of 2015, ACL surgery on his left knee in April of 2015, and the shoulder surgery last month.

While some teams might consider Ross a draft scratch, he remains widely expected to be selected in the first round. Mayock said he remains a first-round option at his position, along with Clemson's Mike Williams and Western Michigan's Corey Davis.

"I love that he could step in Day 1 and help a team as both a return guy and as a receiver," Mayock added. "He puts the ball in the end zone; I'm a huge fan of John Ross."

Ross is also projected as a first-round selection in five mock drafts by NFL.com analysts, all within the range of picks from No. 13 (Arizona Cardinals) to No. 18 (Tennessee Titans). Hopefully for Ross, the clubs that have removed him from their boards aren't picking in that area.