Mavs fighting for playoff spot but focused on future

DALLAS -- Dallas Mavericks owner Mark Cuban has referred to the team's approach for the rest of this season as “tanking without trying to lose.” The comment doesn’t really make sense. The plan does.This is a proud franchise trying to climb... 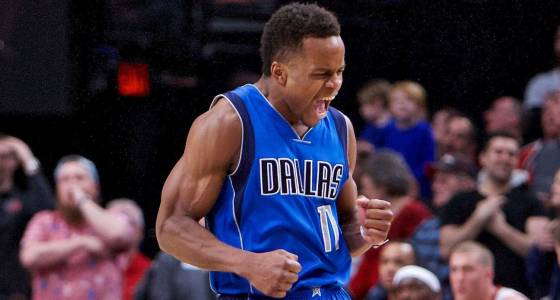 DALLAS -- Dallas Mavericks owner Mark Cuban has referred to the team's approach for the rest of this season as “tanking without trying to lose.” The comment doesn’t really make sense. The plan does.

This is a proud franchise trying to climb its way out of NBA purgatory without hitting rock bottom, which is a heck of a challenge for a front office that pushed a lot of right buttons during the Mavs’ run of 11 consecutive 50-win seasons. The Mavs have been on the mediocrity treadmill since their 2011 title run, failing to get out of the first round of the playoffs in the last five seasons.

For most of that time, Cuban and president of basketball operations Donnie Nelson lived in the past, pretending the Mavs were just one big move away from vaulting back into contender status during Dirk Nowitzki's twilight. Dallas continued to be a destination for former stars who had made the transition into being quality veteran role players -- guys like Vince Carter, Richard Jefferson and David Lee, all good pieces on good teams. Andrew Bogut and Deron Williams fit into that category at this point, which is exactly why it made sense for the Mavs to say goodbye to them this week.

Making the playoffs this season would be nice, and it’s miraculously still a possibility despite Dallas’ 2-13 start, but the Mavs’ clear priority is their youth movement.

That made Thursday a great day for the Mavs. They didn't give up much to get Nerlens Noel, a young big man whom Nelson calls “a Tyson Chandler starter kit,” and handed the point guard reins to surprising rookie sensation Yogi Ferrell.

“Our hope and expectation is to have this energize our team and really make a run, but this was an absolute move for the future,” Nelson said.

The Noel deal was a no-brainer for the Mavs, who benefited from the Philadelphia 76ers' logjam of young centers and a limited market for a largely unproven player who will likely get paid good money as a restricted free agent this summer. Teams didn’t want to pay a premium price for a potential two-month rental. Dallas didn’t, essentially flipping a 23-year-old former No. 21 overall pick (Justin Anderson) and a pair of second-rounders (the conditional first-round pick is top-18 protected this year) for a 22-year-old former No. 6 overall pick and dumping Bogut’s salary in the process.

“[Noel] gives us a dimension that we haven’t had here in a long time, so we’re really more than ecstatic and excited about him coming in,” Nelson said.

There are no guarantees, but the Mavs made the move anticipating Noel would join 24-year-old Harrison Barnes as a foundation piece for the foreseeable future. They see Noel as a perfect fit as a springy defensive anchor and finisher on the other end of the floor.

"The goal has been to get younger and build an athletic core to take some of the defensive pressure off of Dirk and prepare us for the future," said Cuban, who is quite proud of the success 26-year-old shooter Seth Curry and undrafted defensive pest Dorian Finney-Smith have had as young bargains for the Mavs this season.

There might not have been such a consensus among Dallas decision-makers about waiving the 32-year-old Williams, considering coach Rick Carlisle’s recent comments that the veteran is “clearly a better player” than Ferrell. That was Carlisle’s explanation for why it was an easy call to give Williams the starting role back after the Mavs went 5-2 with Ferrell starring as a fill-in starter.

The Cleveland Cavaliers should be grateful that Ferrell, who recently signed a deal with a team option for next season after completing one of the most successful 10-day contracts in NBA history, has excelled in Dallas. The Mavs probably wouldn’t have parted ways with Williams unless Ferrell made such a strong case for having a chance to showcase his skills for the rest of the season.

Ferrell is frequently compared to J.J. Barea, a pesky, undersized, undrafted point guard who made good for the Mavs by playing a key role for the 2011 title team. It’s meant as a major compliment, of course, considering Barea is a cult hero in Dallas.

But with Barea serving as his backup, Ferrell has a chance to prove he’s a legitimate NBA starter. Ferrell averaged 15.3 points and 4.6 assists per game during his stint as the emergency starter, outplaying Tony Parker, Kyrie Irving and Damian Lillard in Mavs wins.

It’s certainly possible, perhaps even likely, that an extended stint as a starter will reveal Ferrell is best utilized in the kind of change-of-pace role Barea has filled throughout his career. If that’s the case, he’s still a great find for the Mavs, who might be able to get their starting point guard of the future with the lottery pick they could have in this summer’s deep draft.

But it’s better for the Mavs to give Ferrell a chance to grow than to proceed with a veteran point guard who has no future with the franchise.

The Mavs aren’t pulling the plug on the fight for the West’s final playoff spot. They’re just making the future more of a priority. It’s about time. 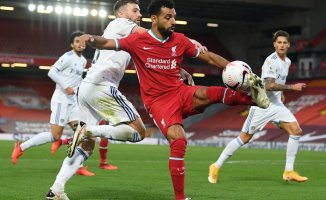