If there was any doubt about safety Matt Elam's status with the Baltimore Ravens, he secured it Sunday after his arrest on multiple drug charges in Miami.Elam, the 32nd overall pick of the 2013 draft, is officially the worst first-round pick in team history.... 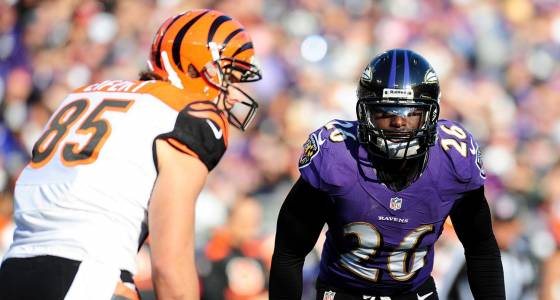 If there was any doubt about safety Matt Elam's status with the Baltimore Ravens, he secured it Sunday after his arrest on multiple drug charges in Miami.

Elam, the 32nd overall pick of the 2013 draft, is officially the worst first-round pick in team history. Of all the 21 players selected in the first round by the Ravens, no one disappointed quite like Elam.

Elam came to the Ravens with expectations that he would help fill the void left by Ed Reed's departure. He left with one career interception, two stints on injured reserve and an arrest -- which included possession of 126 grams of marijuana and three grams of oxycodone, according to police -- that became the final stamp on his underachieving time in Baltimore.

"Matt is not in our plans for the 2017 Ravens," a team spokesman said Sunday.

The Ravens are known for coming up big in the first round, selecting one Hall of Fame player (offensive tackle Jonathan Ogden) and two future ones (Reed and linebacker Ray Lewis). There have been missteps from wide receiver Travis Taylor to quarterback Kyle Boller to wide receiver Mark Clayton. But at the very least, those players started more than 40 games and showed flashes of skill. Boller even outdueled Brett Favre on Monday Night Football once by throwing for three touchdowns.

Selected three months after the Ravens won the Super Bowl, Elam started 26 games before being benched midway through his second season. He struggled in covering receivers deep and making tackles. His career was a forgettable one, outside of picking off a tipped pass with 38 seconds remaining to seal an 18-16 win in Detroit as a rookie.

In 2014, Elam was rated as the ninth-worst safety by Pro Football Focus after missing 18 tackles in the regular season. He also missed another two key tackles in last season's divisional playoff loss at New England.

The following season, Ravens general manager Ozzie Newsome said the team was "not satisfied" with the way Elam has played. Elam then tore his biceps while trying to make a tackle in training camp. During that year, Elam was suspended one game by the NFL for violating the substance abuse policy.

Last season, a knee injury in the preseason landed him on IR for a second straight year. But Baltimore designated him for return, and Elam contributed on special teams.

Now, Elam made the untimely mistake of being arrested 11 days before he becomes an unrestricted free agent. It certainly ends his time with the Ravens, and it could mark the end of his NFL career.