Galleries Videos CONTACT ADVERTISE
Girne 6°
few clouds
BUSINESS EDUCATION ENTERTAINMENT HEALTH POLITICS SCIENCE SPORTS TECHNOLOGY
08:11 Stick it to “The Man” at the Zero Trust Security Summit
04:37 What to Consider When Starting Your Own Business
10:17 Clover POS System for Dental Offices
06:14 How Mobile Technology is Revolutionizing the World of Poker
20:31 The Importance of Banks in Our Lives
05:46 Things to Consider When Hiring a Criminal Defense Lawyer
09:15 Couple T-shirts are ideal for spicing up relationships
09:01 Laser Tattoo Removal and Its Amazing Benefits
07:58 Consolidate your medical bills with a debt consolidation
19:48 Is your mind a certain people? Elina Tanskanen gives a task, which you...
BIST
123556
GOLD
296.201
USD
5.9355
GPB
7.7376
EUR
6.5867
Breaking News
Why Go for Physical Therapy and How to Find the Best Therapist
Close

LOS ANGELES – It will be remembered as one of the grittier performances in Mater Dei’s amazing boys basketball history.Mater Dei defeated Chino Hills, 83-80, in overtime Friday in a CIF-Southern Section Open Division semifinal playoff game at... 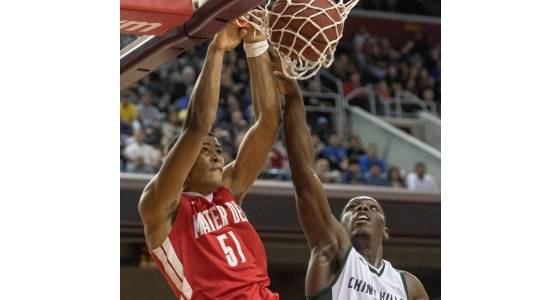 LOS ANGELES – It will be remembered as one of the grittier performances in Mater Dei’s amazing boys basketball history.

Mater Dei defeated Chino Hills, 83-80, in overtime Friday in a CIF-Southern Section Open Division semifinal playoff game at Galen Center, which was filled to its 10,258 capacity.

Mater Dei (30-1), ranked No. 4 in California by CalHiSports.com, will play No. 3 Bishop Montgomery of Torrance (26-2) in the championship game next Saturday at Honda Center. The Monarchs will be shooting for their 23rd CIF-SS boys basketball championship. They won their most recent one, the Open Division title, in 2014.

Chino Hills had defeated Mater Dei twice in the past year – 84-73 on Dec. 20 at the Tarkanian Classic tournament in Las Vegas and a thunderous 102-54 win in the Open Division semifinals last season.

Bol Bol, the 7-foot junior who transferred to Mater Dei and became eligible in early January, scored 14 and had 14 rebounds. Bol blocked five shots and altered at least a half-dozen others.

Sueing, who will go to Cal, was clutch at the free-throw line, too. He made a pair with 49 seconds left in overtime to put Mater Dei ahead to stay, 81-79.

After that, LiAngelo Ball hoisted another long 3-point shot. This one hit the front of the rim and bounced over the backboard, giving Mater Dei the ball, and the win, with one second to go. All Mater Dei had to do was inbound the ball, which they did, and that was it.

“We wanted to come out and play as hard as we could,” Freedman said. “And the result would be the result.”

The season is not over for state No. 2 Chino Hills (29-2). The Huskies, like all teams in the Open Division, are in the CIF Southern California Regionals, which determines the teams that play in the CIF State finals.

Mater Dei coach Gary McKnight said he thinks the Monarchs and Huskies could have a rematch in the regionals.

“In two weeks we might play each other again,” said McKnight, in his 35th season coaching the Monarchs. “It’s like I told the guys, ‘Win and move on.’”

Chino Hills had a 38-34 lead at halftime. It looked like the Huskies were going to pull away when they had a 54-44 lead, their biggest lead of the game, in the third quarter.

Mater Dei rallied, slowly but surely. The Monarchs took their first lead of the second half on a remarkable exchange – Bol blocked a shot, pulled down the rebound, quickly sent an outlet pass to Freedman who then fired a pass to Harrison Butler for a breakaway layup and a 64-63 lead.

The game remained close the rest of the way. The Huskies had a couple of chances to win the game late in the fourth quarter, but the Ball brothers both missed long-range 3s in the final minute.