Two Mark Cuban certainties: He supports his guys, and he has powerful friends.The folks at sports news website Bleacher Report were reminded both of these things the hard way Friday night, when they got on the mercurial, billionaire Mavericks owner’s... 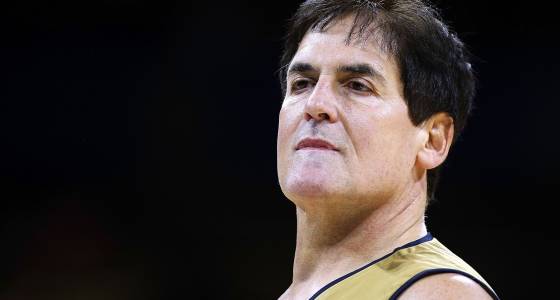 Two Mark Cuban certainties: He supports his guys, and he has powerful friends.

The folks at sports news website Bleacher Report were reminded both of these things the hard way Friday night, when they got on the mercurial, billionaire Mavericks owner’s bad side and he forced them to delete a social media post that offended him.

The San Francisco-based web company posted a video on Twitter showing Mavericks star Dirk Nowitzki putting up an air-ball on a 3-point attempt with the sarcastic caption, “Dirk Forever.”

This set Cuban off, and he went straight to the top, firing off an angry email to David Levy, president of Turner Networks, which owns Bleacher Report.

Cuban tweeted at Bleacher Report with the message “Delete your account” and posted a series of emails between him and Levy. In the emails, Cuban demands an immediate apology and asks to know who at Bleacher Report thought the post was “remotely acceptable.”

In his response, Levy says it was nice to meet Cuban at the NBA All-Star festivities last weekend and praises the owner’s television show, “Shark Tank,” before explaining that “sometimes bold tag lines are used” to reach the Millennial demographic. Levy also offered to follow up with his social media team.

Despite the seemingly gracious response, Cuban was not satisfied and told Levy in a third email: “This isn’t a discuss with your team issue David. This is an issue where if it’s not down immediately, I’ll communicate with the [Millennials] in the way I know how to. Your choice.”

Though Cuban never made clear what his threat meant, Bleacher Report backed down and within 20 minutes of Cuban showing he had emailed their boss, the site deleted the offending tweet. Cuban then deleted his own tweet, including the email exchange with Levy, on which NBA commissioner Adam Silver had been copied.

Bleacher Report then offered either a tongue-in-cheek follow-up or a groveling, we’re-so-sorry-boss tweet, depending on which way you view it:

Earlier today we deleted a tweet about Dirk Nowitzki. Dirk is an NBA legend in our eyes and will be forever.