Galleries Videos CONTACT ADVERTISE
Famagusta 23°
clear sky
BUSINESS EDUCATION ENTERTAINMENT HEALTH POLITICS SCIENCE SPORTS TECHNOLOGY
12:08 Guide To Online Sports Betting: How To Choose A Sportsbook
08:28 What Are Some Reasons to Consult a Brain Injury Lawyer?
09:24 Blockchain Solutions for Enterprises: How To Increase Efficiency And Profitability
07:06 How To Deal With A Car Crash In New York
17:43 Tips to keep in mind while choosing the casino site
11:34 Relation Between Employee Theft and Pre-employment Screening Check
04:37 Search your own desired site to play sports for betting
18:00 Top 3 Career Path Options for Business Analysts Preview
15:35 The history of Imen Jane, who is the influencer and the charges on the...
18:48 Sebastian Vettel's Greatest Races
BIST
1124
GOLD
458.727
USD
7.6460
GPB
9.7703
EUR
8.8844
Breaking News
Top 3 Career Path Options for Business Analysts Preview
Close

While the entire 68-team field in the 2017 NCAA men’s basketball tournament has a shot at the championship, oddsmakers ahead of March Madness have whittled down the field to a handful of favorites before the nation is immersed in college basketball.Now... 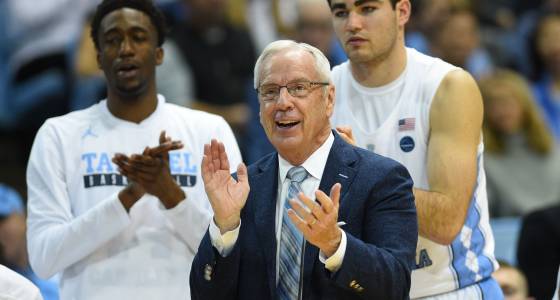 While the entire 68-team field in the 2017 NCAA men’s basketball tournament has a shot at the championship, oddsmakers ahead of March Madness have whittled down the field to a handful of favorites before the nation is immersed in college basketball.

Now in roughly the final week of the regular season before conference tournaments begin, the No. 5 nationally ranked and last year’s runner-up North Carolina Tar Heels along with the No. 3 UCLA Bruins are each considered the favorites to cut down the nets at the Final Four in Phoenix in April, according to the latest futures odds from online sports book Bovada.lv.

The Bruins and Tar Heels each own +600 odds to win it all, followed by the previously undefeated No. 4 Gonzaga Bulldogs at +750, the recently dubbed No. 1 Kansas Jayhawks at +800, and followed by the No. 17 Duke Blue Devils and defending champion and No. 2 Villanova Wildcats at +1000 apiece.

Perennial tournament contender but currently unranked Michigan State was listed well behind the leading pack at +6600.

It appeared as if oddsmakers weighted their listing on each program’s success this season and that of their experienced head coaches, who often make or break their careers and legacies during the tournament. North Carolina, which last won the title in 2009, has Roy Williams and his 70-24 all-time tournament record, including eight Final Four appearances and two championships.

The Jayhawks have Bill Self’s 40-17 mark, while the Blue Devils’ Mike Krzyzewski has racked up a 90-27 record and is only two seasons removed from Duke’s last championship run.

UCLA, Gonzaga and Villanova, however, have been ranked so highly because of their success this year than that of their coaches. The Bruins’ Steve Alford, who took over in 2013, has gone only 9-9 in the tournament, while Gonzaga’s Mark Few has made the tournament every year since he joined the program in 1999 but has only amassed a 21-17 record and has never appeared in a Final Four.

Still, Villanova’s Jay Wright largely erased much of the criticism he’s faced in years past by guiding the Wildcats to their second all-time title in Houston last season.

The championship will take place Monday, April 3 at the University of Phoenix Stadium in Glendale, Arizona.