Former Bears head coach Marc Trestman has been hired as the head coach of the Toronto Argonauts, the team announced on its website."A proven winner whose pedigree speaks for itself. #Argos #CFL" the team tweeted Tuesday afternoon. His Canadian Football... 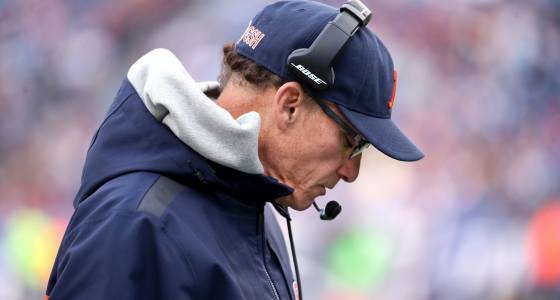 Former Bears head coach Marc Trestman has been hired as the head coach of the Toronto Argonauts, the team announced on its website.

"A proven winner whose pedigree speaks for itself. #Argos #CFL" the team tweeted Tuesday afternoon.

His Canadian Football League speaks for itself: Two Grey Cup titles, four division titles and five playoff appearances in five seasons with the Montreal Alouettes. His NFL record, however, was much spottier.

Trestman came into the league with a reputation as a "quarterback whisperer, but in two seasons guiding Jay Cutler and company in 2013 and '14, the Bears compiled a 13-19 record and reports of locker room dysfunction helped lead to Trestman's firing in December 2014. The Ravens hired him a month later to be offensive coordinator dismissed him after two seasons.

But Trestman expressed high hopes returned to the league where he enjoyed the most success.

"We have a special opportunity to re-establish a winning culture for this storied franchise," he said via the Argonauts website. "I am humbled by this organization’s history of winning. But most importantly, I am motivated by it. I can’t wait to get started."