Legislation, real and imagined, takes over in Salem

As Oregon and Washington wrestle with shifting commercial harvest methods on the mainstem Columbia away from gill-nets, nothing new is in the works. But alternatives -- even hook and line -- aren't being ruled out.Bill Monroe  There was a rumor afoot... 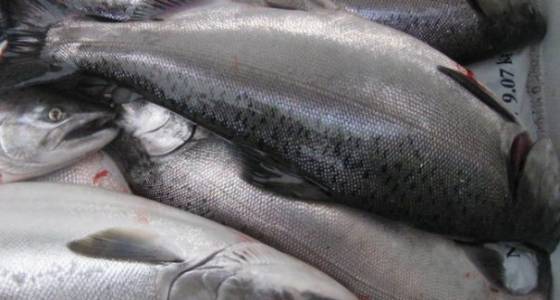 As Oregon and Washington wrestle with shifting commercial harvest methods on the mainstem Columbia away from gill-nets, nothing new is in the works. But alternatives -- even hook and line -- aren't being ruled out.Bill Monroe

There was a rumor afoot last week a bill may be dropped in Salem to declare guides commercial fishermen (and women), with their own separate quota, standards and rules for fishing in the lower Columbia River.

Naturally, no good rumor hides for more than a moment in a legislative year and this one spread small wings as the Oregon Fish and Wildlife Commission jousted with its public and its governor over how/whether to remove gill-nets from the lower Columbia River. Summer and fall chinook gill-netting were approved by the Oregon commission in its controversial Jan. 20 decision to provide commercial economic opportunity.

But while the guide community dived into legislative watch lists like fish-finders on schooled salmon, the commercial-guide concept appears more fiction than fact.

Which is too bad, because one might easily imagine such a bill twisted by legislators into its antithesis: Why not instead allow net fishermen to use hook and line as an alternative harvest method? Perhaps the Fish and Wildlife Commission could even dream that up without any legislative help.

That might ease most, if not all, of the sticking points - safe release for wild fish, mop-up for unwanted hatchery fall chinook, expanded commercial economic opportunity, little or no interference between fisheries, etc.

As the commission careens toward its March 17 showdown (Gov. Kate Brown has told its members to reverse their Jan. 20 decision), "alternative methods" should continue to get scrutiny.

A feeble attempt at commercial hook and line was made some years back, but only with a commercial troller and only at Buoy 10 - possibly the worst place to try and run a large oceangoing, multi-lined trolling boat.

More recently, Oregon biologists have actually taken closer looks at fishing guides during the fall run; with an eye to how catch rates in smaller boats might apply to the commercial fleet if it transitioned to rods-only in the mainstem. No figures were available late in the week and Chris Kern, deputy fish division administrator for the Oregon Department of Fish and Wildlife, said similar studies weren't made for the summer run.

Kern said Friday no active research is planned in the near future for any alternatives to gill-nets in the mainstem, but added fish-wheels, traps and hook and line remain on a list of potential methods.

"We're not saying we're closing the door and will never look at it again," he said.

"We will work with ODFW to minimize any possible enforcement impacts as they are proposed," wrote Lt. Ryan Howell of the State Police Fish and Wildlife Division.

Meanwhile, back at Salem: The Oregon Department of Fish and Wildlife, among other agencies, has a close watch on long lists of bills and resolutions.

Bear in mind these are simply a few thumbnail descriptions and proposals. Several months remain to winnow it all into actual laws. I may have missed some more important than others. Few may survive.

Oregonlive offers a bill tracker at http://gov.oregonlive.com/bill/ Simply enter the bill number or a search word.

Hunting cougars with hounds - Bills in both the senate and house (HB 2589; HB 2107; SB 371)would allow individual county residents to vote whether or not to allow the use of dogs in cougar hunting within their own county. A senate bill (SB 458) would create a specific controlled hunt with limited tags for hunting cougars with dogs.

Non-motorized boats - HB 2320 establishes a permit for the use of non-motorized craft, driftboats, kayaks, sailboats, etc., to help pay for boating facilities their owners use. Doesn't require permits for inner tubes, air mattresses, etc., but does make their users wear lifejackets on rivers and streams (not lakes and ponds, etc., as designated by the State Marine Board) or face a $30 fine.

Boat draining - HB 2321 requires boaters to drain their craft before leaving a ramp or riparian site.

Adult mentor - HB 2566 establishes an adult mentor program similar to that for youths.

Drones - HB 2709 permits the use of drones to investigate poaching.