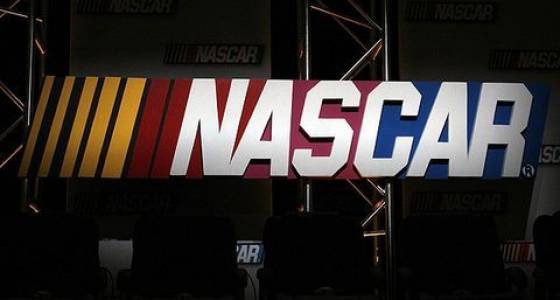 The 18-year-old Grala became the youngest winner in a NASCAR national series at Daytona. He was lucky to even make it to the checkered flag.

Two-time series champion Matt Crafton was leading the 100-lap race when he got turned sideways and went for a wild ride that included several spins and a harrowing flip. Crafton's No. 88 Toyota landed on all four tires, and he was able to walk away unscathed. Editor's Picks

Matt Crafton's truck landed safely after a horiztonal flip over the track at the Daytona International Speedway in a race that also saw a 17-truck pileup. No injuries occurred in either crash.

"Oh my gosh, someone flipped," Grala said as he watched a replay of the ending.

Grala managed to escape the carnage, and considering it was his first victory in 10 starts in the series, he had no idea what to do next.

"I didn't know what I was doing out there," he said. "I didn't know how to do a doughnut. I'm Polish so I figured I could drive backward."

Only 13 of 32 trucks finished on the lead lap, but even that doesn't properly explain the all the damage done in a little more than two hours.

NASCAR star Dale Earnhardt Jr. posted a picture on his Twitter page of two sailors shoveling money into a furnace with the caption "quick recap of tonight's action."

More than half the field was involved in accidents, fairly routine at Daytona. Seventeen trucks were involved in a huge wreck on the second lap, knocking out a number of contenders.

But the final pileup was the scariest.

"It was hectic," said Chase Briscoe, who finished third in his first Truck Series start. "This kind of racing will make your hair go white."

Asked how he got through the last-lap melee, he added, "I have no idea. The Lord blessed us on that one for sure."

Austin Wayne Self was second. John Hunter Nemechek was fourth, just ahead of his dad, Joe.

"We just kept pushing," Self said. "The last couple of laps we got the position we wanted. When all hell broke loose, we got the right spot."

The trucks opener was the first race under NASCAR's new scoring system, a radical redesign that awards points to stage winners in an effort to improve racing by making more laps matter.

The top 10 drivers at the end of Stage 1 and Stage 2 were awarded points on a 10-through-1 scale. Defending series champion Johnny Sauter won the first two stages, but finished 15th.

The third portion of the race was for the overall victory, and although traditional point scoring was applied for that stage, the win was worth 40 points for Grala.

"I'm so happy with the way that played out," Grala said. "I can't even believe it."