CaptionCloseJohnny Manziel is determined to play football again. As he left a Dallas courthouse Tuesday morning following his check-in with a judge overseeing his misdemeanor assault charge, the former Kerrville Tivy standout and Texas A&M Heisman... 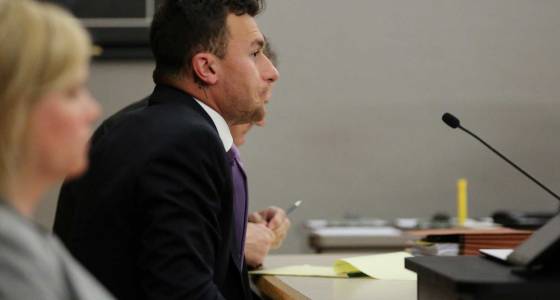 As he left a Dallas courthouse Tuesday morning following his check-in with a judge overseeing his misdemeanor assault charge, the former Kerrville Tivy standout and Texas A&M Heisman Trophy winner is clear he's not ready to give up on his career -- yet.

His only words to a group of reporters who were trailing him out of the courtroom were: "I want to play football."

By all indications, his early work seems to be pointing that way.

Judge Roberto Canas summoned Manziel for a progress report on the conditions of a deal that could see assault charges against the 24-year-old dismissed. For that to happen, Manziel has to complete substance-abuse rehabilitation and anger management counseling, along with other stipulations.

Canas called the hearing for Tuesday because Manziel missed an earlier deadline to provide the court an update on how the former Cleveland player was meeting stipulations that include him participating in a substance-abuse program through the NFL or something similar.

Manziel told the judge he was slow to meet his condition because he didn't trust the NFL and planned to work through the NFL Players' Association.

His report to the judge indicates his first steps are going well.

"Everything has been going extremely smoothly," Manziel told the judge, according to the Dallas Morning News. "My life is trending upwards. ... This situation is in my hands."

Prosecutors told the judge that they were "satisfied" with Manziel's early work. Shortly before Manziel's appearance concluded the judge told him it sounded like the former Cleveland Browns quarterback and him "were on the same page."

"I hope the next time you're in court is when you sign the dismissal papers," Cañas told him, according to reporters covering the proceedings.

That success would make it easier for Manziel to sell a prospective NFL team on providing him a chance to play next season. Manziel sat out the entire 2016 season and likely could be facing another suspension from the NFL because of his legal problems before being allowed to play again.

Manziel, 24, faced a misdemeanor charge that carried a penalty of up to a year in jail and a $4,000 fine after he was accused of hitting and threatening former girlfriend Colleen Crowley during an incident in January 2016.

Clearly, he could have given up. But his comments to the judge make it sound like's he determined for one more chance to restart his NFL career by getting his life back in order.

The major question, however, remains whether a team will be ready to give him that opportunity.