DAYTONA BEACH, Fla. — Joe Gibbs joined the list of heavy hitters defending NASCAR during one of its shakiest periods in decades.The owner of powerhouse Joe Gibbs Racing said NASCAR has a bright future and noted top-level companies would not participate... 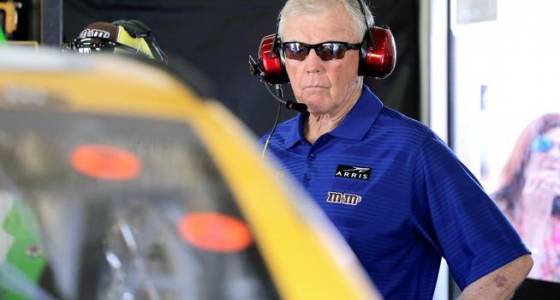 DAYTONA BEACH, Fla. — Joe Gibbs joined the list of heavy hitters defending NASCAR during one of its shakiest periods in decades.

The owner of powerhouse Joe Gibbs Racing said NASCAR has a bright future and noted top-level companies would not participate if the sport was a sinking ship.

"You don't get the biggest and best companies in America involved in our sport, and going as hard as they are and re-upping and signing unless you've got a sport that brings value to the table," Gibbs said Saturday at Daytona International Speedway.

The season opens today with the Daytona 500, the showcase piece of NASCAR's 11-month schedule. In the buildup to this version of the Super Bowl, NASCAR has been under scrutiny for its leadership, a new sponsor that is mostly using models to market the series, and a new format that gives longtime fans another chance to scream in angst against gimmicks.

An article in the Wall Street Journal earlier this week spotlighted all of NASCAR's concerns, which range from a decreased and aging audience to the cut rate Monster Energy is paying for entitlement rights. The industry hit back with a sponsorship extension through 2023 between Team Penske, Shell-Pennzoil and Joey Logano, as well as an extension for Gibbs with FedEx and Denny Hamlin .

"We announced FedEx the other day, a long-term extension. We saw Shell come in and make a huge decision with Roger (Penske)," Gibbs said. "We have four Cup cars that are well funded, going to go like mad with some of the biggest and best sponsors in the world."

And, less than 24 hours before the start of the Daytona 500, speedway officials announced that 101,500 reserved stadium tickets have sold out for the second straight year.

"This is the most prestigious event on the NASCAR schedule and a true American sports tradition. Fans have always recognized those facts," said Daytona president Chip Wile.

The news wasn't all rosy, though.

Nature's Bakery filed a counterclaim two days before the Daytona 500 to the $31 million breach of contract suit Stewart-Haas Racing leveled over a severed relationship with Danica Patrick's primary sponsor. One of the smallest companies to take on a primary sponsor role in the Cup Series, Nature's Bakery was to pay $15 million a year for three years to have Patrick promote its fig bars and brownies.

Nature's Bakery alleges SHR took advantage of its naiveté in the sponsorship world and the company was led to believe it should expect four times the return for sponsoring Patrick's car. Nature's Bakery accuses the team of misrepresenting the strong health of NASCAR.

"Nature's Bakery would later learn that these statements about NASCAR's health were untrue, as NASCAR was undergoing retraction — something that SHR well understood," the filing states. "SHR's promises were illusory and misleading. There was no massive increase in sales. NASCAR viewership was retreating."

The SHR conflict turned particularly nasty in part because of the timing: SHR alleged it was left by Nature's Bakery with more than 20 unsponsored races a month before the season began. Nature's Bakery is claiming SHR is bullying the family company.

Penske, like Gibbs, remained positive Saturday about the current direction of NASCAR.

Although Jeff Gordon and Tony Stewart have retired , Dale Earnhardt Jr. will race Sunday after missing the second half of last season with a concussion. Carl Edwards and Greg Biffle also stepped out of their cars this year, and a much younger age group is filling the grid.

Among the rookies racing Sunday is Mexican driver Daniel Suarez , who last year became the first foreign-born national champion when he won the Xfinity Series.

Penske thinks the new format in which the race will be divided into three segments, the new talent, and the downsizing of race tracks will help NASCAR. He also believes NASCAR is being unfairly targeted.

"It's not just in our sport; the NFL was down ... and no one is talking about that, so I think we need to move on and talk about the racing," Penske said. "There are a lot of young kids coming up in this sport. We've got great sponsors, and certainly the TV guys have connected with the drivers and the car owners on this format, the rule changes, and I think we've just got to go racing."

DAYTONA BEACH, Fla. — Ryan Reed picked up the second Xfinity Series victory of his career — both at Daytona International Speedway — by winning the wreck-filled season-opener Saturday.

Reed held off Austin Dillon and Kasey Kahne in a two-lap overtime shootout to win in a Ford for Roush Fenway Racing. Reed's only other career victory came in this race in 2015, and he was celebrated for overcoming a diagnosis of Type 1 diabetes to become a race-winning driver.

Reed had initially been told upon diagnosis that he'd not be able to race.

"Man, I thought about it this morning. I've had so many people come up to me and tell me how amazing that last win, my first win, was for certain people," Reed said. "Everyone knows, a lot of people know, that I have Type 1 diabetes, and to see what that win meant to people it drove me to get back to victory lane."

Roush was winless last year in both the Xfinity and Cup Series, but Reed's victory ensures him a spot in the Xfinity Series playoffs.

"At the end of last year, I told everyone we had a lot of momentum and I said we're going to go to Speedweeks ready to go and here we are," Reed said. "So many good things are happening right now."

Kahne finished second in a Chevrolet for JR Motorsports, which had five cars in the field and a rough day because of all the accidents.

Austin Dillon was third in a Chevrolet for Richard Childress Racing, and Brad Keselowski was fourth in a Team Penske Ford. Scott Lagasse was sixth and the highest finishing Toyota driver. "A race like this, you just feel good to survive," said Keselowski.