NEW YORK — The New York Jets have informed cornerback Darrelle Revis that they are releasing him, ending his second tenure with the team which was marked by a slip in play because of injuries and age.Revis, 31, was scheduled to make $15 million, including... 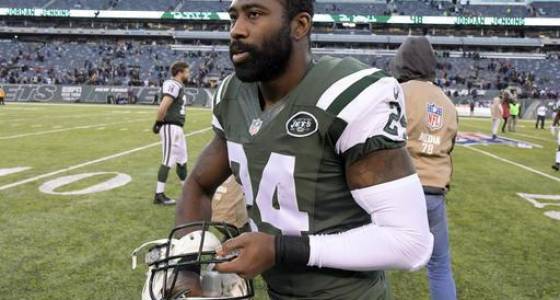 NEW YORK — The New York Jets have informed cornerback Darrelle Revis that they are releasing him, ending his second tenure with the team which was marked by a slip in play because of injuries and age.

Revis, 31, was scheduled to make $15 million, including a $2 million roster bonus, next season — but that would have been a lofty salary for an aging player who admittedly had a subpar year.

The move Tuesday, which was expected, makes Revis a free agent while also clearing about $9.3 million on the salary cap.

Revis is also facing aggravated assault and other charges alleging he was in a fight with two men on Feb. 12 in Pittsburgh, but his legal issues aren't believed to have played a role in the Jets' decision.