Galleries Videos CONTACT ADVERTISE
Famagusta 29°
clear sky
BUSINESS EDUCATION ENTERTAINMENT HEALTH POLITICS SCIENCE SPORTS TECHNOLOGY
12:08 Guide To Online Sports Betting: How To Choose A Sportsbook
08:28 What Are Some Reasons to Consult a Brain Injury Lawyer?
09:24 Blockchain Solutions for Enterprises: How To Increase Efficiency And Profitability
07:06 How To Deal With A Car Crash In New York
17:43 Tips to keep in mind while choosing the casino site
11:34 Relation Between Employee Theft and Pre-employment Screening Check
04:37 Search your own desired site to play sports for betting
18:00 Top 3 Career Path Options for Business Analysts Preview
15:35 The history of Imen Jane, who is the influencer and the charges on the...
18:48 Sebastian Vettel's Greatest Races
BIST
1124
GOLD
458.697
USD
7.6460
GPB
9.8105
EUR
8.8844
Breaking News
Top 3 Career Path Options for Business Analysts Preview
Close

DUNEDIN, FLA.—After Kevin Pillar batted leadoff in the Toronto Blue Jays’ 2-1 loss to the Pittsburgh Pirates Monday, a reporter asked manager John Gibbons what could be read into that decision. “Nothing. Absolutely nothing,” Gibbons... 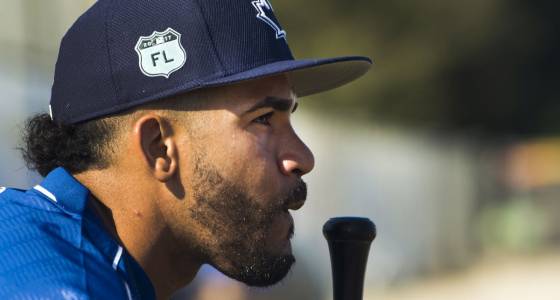 DUNEDIN, FLA.—After Kevin Pillar batted leadoff in the Toronto Blue Jays’ 2-1 loss to the Pittsburgh Pirates Monday, a reporter asked manager John Gibbons what could be read into that decision.

“Nothing. Absolutely nothing,” Gibbons said, before explaining that it was simply a matter of getting the outfielder as many bats as he could.

Gibbons did make a concession, though.

“But we are looking for a leadoff (hitter).”

The manager used six players in that role last year, including the since-departed Michael Saunders. Gibbons said he didn’t yet know hot the team was going to fill the spot come regular season.

There are a handful of candidates in the lineup to consider.