You can count on the metropolitan area being represented in the NCAA Tournament. You just can’t count on knowing which schools will be there.Last year, Seton Hall ended a 10-year drought and Stony Brook finally broke through to reach the Big Dance for the... 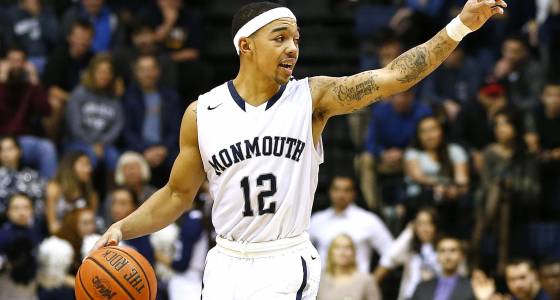 You can count on the metropolitan area being represented in the NCAA Tournament. You just can’t count on knowing which schools will be there.

Last year, Seton Hall ended a 10-year drought and Stony Brook finally broke through to reach the Big Dance for the first time, but NEC regular-season champion Wagner fell in its conference title game. Top-seeded Hofstra lost in overtime of the CAA Championship.

No. 1 Monmouth dropped the MAAC Championship to Iona, which avenged two straight title-game losses as the top seed.

Once again, the area has multiple favorites, contenders and sleepers that could fulfill their season-long dreams.

Here’s a breakdown of the local non-Big East teams’ chances in their conference tournaments:

Regular-season recap: Last year’s sensation is no longer defined by its bench choreography, but is still among the nation’s best mid-major teams. The senior-led crew enters the postseason on a 16-game winning streak, having easily claimed its second straight MAAC regular-season championship.

Player to watch: Point guard Justin Robinson should become the first back-to-back MAAC Player of the Year in 13 years. The 5-foot-8 senior has averaged 19.7 points, 4.8 assists and 1.5 steals, while shooting over 40 percent on 3-pointers.

Monmouth can win it if … the pressure isn’t poisonous. For the second straight year, the Hawks are expected to cut down nets, but the stress of three games defining the senior class’ legacy could again stifle their hopes.

Next up: Top-seeded Monmouth plays the winner of No. 8 Quinnipiac/No. 9 Niagara in the quarterfinals on Friday at 7 p.m.

Regular-season recap: As always, the Gaels feature one of the top offenses in the country, but the integration of several new pieces has resulted in more inconsistency than usual. Still, Iona is on pace for its eighth straight 20-win season.

Player to watch: Queens native Jordan Washington led the country in scoring per minute for the second straight season, but the emotional forward’s repeated foul trouble has limited his ceiling. He leads Iona with 17.7 points and 7.5 rebounds, but his 21.2 minutes per game ranks sixth on the team.

Iona can win it if … the shooters stay hot. The Gaels have reached four straight title games and their .398 3-point percentage — which ranks 19th in the nation — could carry them in a tournament format.

Next up: Third-seeded Iona plays the winner of No. 6 Rider/No. 11 Manhattan in the quarterfinals on Saturday at 7 p.m.

Regular-season recap: The Peacocks produced their first winning season in six years, and finished second in the MAAC, marking their best finish since the 1988-89 season.

Player to watch: Physical forward Quadir Welton, an All-MAAC first-team selection, is one of the best big men in the conference, averaging 11.8 points, 8.0 rebounds, and 2.1 assists per game.

St. Peter’s can win it if … the Peacocks’ MAAC-best defense (61.6 points per game), which gave league favorite Monmouth fits in two regular-season meetings, is at its finest in the tournament.

Next up: Second-seeded Saint Peter’s plays the winner of No. 7 Canisius/No. 10 Marist in the quarterfinals on Friday at 9:30 p.m.

Regular-season recap: A second-straight winning season and top-five finish in the MAAC is evidence Johnson has the Stags headed in the right direction.

Player to watch: Junior guard Tyler Nelson, the second-leading scorer in the MAAC at 18.9 points per game, was named to the All-MAAC First Team.

Fairfield can win it if … the regular season were meaningless. Against the top four teams in the MAAC, the Stags went 1-6.

Next up: Fifth-seeded Fairfield meets No. 4 Siena in the quarterfinals Saturday at 9:30 p.m.

Regular-season recap: After losing senior Rich Williams — their top returning player — for the entire season to injury, the Jaspers endured their worst campaign since Masiello took over in 2011, with only two players averaging in double-figures.

Player to watch: Junior forward Zane Waterman has been the rare bright spot in a dreadful season, averaging a career-high 14.5 points and 7.1 rebounds, while shooting over 37 percent on 3-pointers.

Manhattan can win it if … the muscle memory of a coaching staff matters. The Jaspers made three straight title games (2013-15) and won back-to-back championships in the latter appearances, but the core pieces are all gone and there isn’t enough experience to make up for their offensive deficiencies. Manhattan hasn’t won more than two straight games at any point this season.

Next up: 11th-seeded Manhattan plays No. 6 Rider in the first round on Thursday at 9 p.m.

Regular-season recap: Rutgers will finish last in the Big Ten for the third straight year, but Pikiell’s first season at the long-suffering school was a success, with the Scarlet Knights getting off to their best start (11-1) since the 1975-76 season.

Player to watch: Sophomore Corey Sanders, who averages a team-high 13.1 points, 3.3 assists and 1.4 steals, is one of the most talented guards in the Big Ten/

Rutgers can win it if … All news really is fake.

Next up: Rutgers plays host to Illinois in the regular-season finale Saturday at noon

Regular-season recap: The Rams, who pulled off multiple upsets this season, will finish somewhere in the middle of the Atlantic 10 — anywhere from sixth to 10th — after being picked to finish close to the basement of the 14-team league.

Player to watch: Sophomore Joseph Chartouny, one of the country’s best two-way players, is among the nation’s leaders in steals (3.3 per game), and an all-around offensive threat, averaging 11.3 points and 5.1 assists.

Fordham can win it if … it defends like the ’85 Chicago Bears. The Rams force the third-most turnovers in the nation and have shown the ability to compete with the conference’s top teams, but Fordham’s offensive inconsistencies likely will be too much to overcome.

Next up: Fordham hosts George Washington on Wednesday at 7 p.m., then visits La Salle on Saturday at 2 p.m. to close out the regular season.

Regular-season recap: An up-and-down season has to be considered a success given that the Lions lost five of their top six scorers from last year.

Columbia can win it if … well, first the Lions have to reach the inaugural four-team Ivy League playoff. They are tied with Penn for fourth place with two games left.

Next up: Columbia visits Brown Friday at 7 p.m., then meets Yale Saturday at 7 p.m. to close out the regular season.

Player to watch: Senior forward Jerome Frink was named the NEC Player of the Year after leading the Blackbirds with 17.1 points, 8.9 rebounds and one block per game.

LIU can win it if … Iverson Fleming remains a solid answer. The senior guard has provided stability in what was an uncertain backcourt, averaging 19.2 point during the team’s current six-game win streak.

Next up: Second-seeded LIU hosts No. 7 Robert Morris in the quarterfinals on Wednesday at 7 p.m.

Regular-season recap: The Seahawks opened the season on the highest note imaginable, stunning No. 18 UConn, but they took a step back from winning last year’s regular-season title. Wagner suffered a brutal injury last week, losing senior forward Mike Aaman for the rest of the year.

Player to watch: Senior guard Michael Carey is the team’s second-leading scorer (12.6 points) and the conference’s leading rebounder (9.0), and he’ll need to be even better with the loss of the hard-nosed Aaman, who was second on the team with 6.2 rebounds.

Wagner can win it if … experience is a great motivator. In a fairly open conference tournament, the Seahawks are still talented enough to secure the league’s only bid, and avenge last year’s home loss in the title game.

Next up: Third-seeded Wagner hosts No. 6 Fairleigh Dickinson in the quarterfinals on Wednesday at 7 p.m.

Regular-season recap: The defending NEC champions lost nine of their first 11 games, and slumped late, losing their last five to mar a strong start in the conference.

Fairleigh Dickinson can win it if … last March’s magic can be found on the road. The same players are in place, but this year will likely require three wins away from home. The Knights have lost five straight road games.

Next up: Sixth-seeded Fairleigh Dickinson visits No. 3 Wagner in the quarterfinals on Wednesday at 7 p.m.

Regular-season recap: After losing stars Juan’ya Green and Ameen Tanksley from last year’s regular-season championship team, the Pride struggled to find their identity, losing eight of their first 10 games in conference before showing glimpses of their potential in recent weeks.

Player to watch: Queens native Justin Wright-Foreman was the most improved scorer in the nation, raising his average from 1.6 to 18 points per game as a sophomore. The young guard has been at his best in recent weeks, averaging 25.6 points over his past 11 games.

Hofstra can win it if … Rokas Gustys can be a beast. Gustys was fourth in the nation in rebounds this season (12.2), but the junior from Lithuania has failed to register the same impact offensively this year. The big man’s looked better recently, though, posting double-doubles in three of his past four games.

Next up: Eighth-seeded Iona plays No. 9 Delaware in the first round on Friday at 6 p.m.

Regular-season recap: Even with an entirely new roster, the rebuilding season was rescheduled. Boals inherited practically nothing from last year’s NCAA Tournament team — resulting in the Seawolves being predicted to finish seventh in the preseason coaches poll — yet the Seawolves shocked the conference by remaining a contender.

Stony Brook can win it if … Vermont is beatable. The top-seeded Catamounts went undefeated in conference play and have locked up home court through the title game, where they just beat the Seawolves by 15 on Saturday.

Next up: Second-seeded Stony Brook hosts No. 7 Binghamton in the quarterfinals on Wednesday at 7 p.m.