Is Lewis Hamilton The Best Driver Ever? 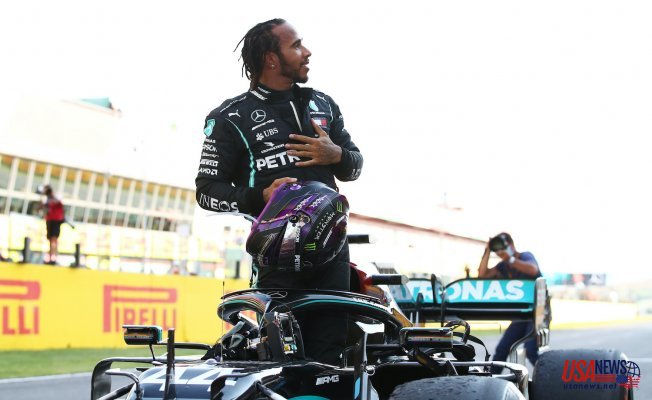 For all of its strangeness, this has been a monumental season in the sport of Formula 1. Tracks that haven’t appeared on the calendar for years have been revived for Grand Prix events. Some tracks that have never had the opportunity to host Formula 1 before have been given that chance, and they’ve made for some of the most entertaining races we’ve seen in years. There have been strange winners, and unexpected changes in relationships between drivers and their cars. Through all of that, there’s been one constant. Lewis Hamilton has continued to win, and records have continued to tumble.

When Michael Schumacher set a series of 'all-time' records in Formula 1 several years ago, the expectation of everybody in the sport was that they'd last forever. It seemed inconceivable that anyone in the future would achieve as many pole positions, race wins, or drivers World Championships as the German legend did. The people who held that belief reckoned without the incredible rise of Lewis Hamilton. The British driver's victory in Portugal was the 92nd of his career, putting him one clear of Schumacher and far away from everybody else. It’s already inevitable that at the end of the season he’ll win his seventh World Championship, and that will tie him with Schumacher’s all-time record in that respect, too. While he hasn’t yet committed to driving for Mercedes next season, it’s inevitable that he’ll stick it out and try to go for an eighth. Should he achieve that, he might decide that it’s time to call it a career. When he does, will he be considered the greatest driver in the sport’s history?

This is probably an impossible question to answer. The question of 'best ever' is subjective. If Hamilton has the most wins, the most pole positions, and the most World Championships, he's statistically the best of all time. Statistics don't always tell you everything, though. There have been incredible drivers at other teams who've never had the chance to win multiple races because their cars weren't good enough. We shouldn't forget that real-life Formula 1 isn't like the popular F1 Racing online slots game, which is so popular at online slots websites. The results in that game are randomly generated. When you put money into it and spin the reels, anything can happen. That's the fundamental truth of every online slots game, in which lies the appeal for so many players. Each time you play, the chances of success are the same. The drivers on the grid aren't playing Playtech slots. George Russell, driving a Williams, doesn't have any realistic prospect of beating Hamilton because his car isn't good enough. It's probably true to say that nobody other than Hamilton's teammate Valtteri Bottas or Red Bull's Max Verstappen has a realistic chance of beating Hamilton in 2020. They don't have the necessary vehicular tools to challenge him.

Because the Mercedes team and car are so superior, there are some who say that Hamilton's record doesn't tell the whole story. They feel that the car is more responsible for the wins than the driver is and that Hamilton wouldn't have achieved as much in a lesser car. That might be true, but the same was true for Michael Schumacher. During the peak years of his career, he drove for a Ferrari team that was so far ahead of the field that races almost turned into processions. Schumacher wouldn't have picked up wins driving for Williams either. Hamilton isn't winning races purely because he's at the best team. You could make a strong argument that almost the reverse is true - Hamilton is at the best team because he's the best driver. If he didn't have the talent to drive a Mercedes, the team wouldn't employ him.

The fairest way to look at this is by direct comparison to Hamilton's teammates. Valtteri Bottas also drives for Mercedes and can rarely compete with Hamilton. He might nick the occasional pole position and take the occasional victory, but the margin between the two drivers in terms of points at the end of the season is usually enormous. Before Bottas came along, Hamilton's teammate was Nico Rosberg. In the three seasons they spent together at the team, Hamilton won two World Championships. Rosberg won the World Championship on the final race of the season in 2016 but found the contest with Hamilton so draining that he retired immediately afterward. Time after time, provided with the same car and placed in the same conditions, Hamilton has prevailed.

While Red Bull and Ferrari might be a step behind Mercedes in terms of car design now, that hasn’t always been the case. Sebastian Vettel arguably had a better car at Ferrari when he pushed Hamilton all the way for the World Championship in 2018, but he couldn’t get the job done. In races where it mattered, with Hamilton closing in behind him, Vettel made unforced errors of the kind that Hamilton never makes. Those errors cost him points, and those lost points cost him the championship. Hamilton isn’t just supremely talented; he’s also able to deal with pressure in a way that few of his peers - past or present - have been able to manage. It’s the combination of his technical ability and his ‘win at all costs’ mentality that’s made him the best in the world.

If you don't believe that Lewis Hamilton is the best Formula 1 driver of all time, we realize that this article isn't going to convince you. Maybe you believe that Max Verstappen is a better driver on a technical level. Maybe you think that Carlos Sainz or Lando Norris might be able to eclipse Hamilton in the future. You might even be right. The future can never be known, though. Whatever any of the current crop of young drivers go on to achieve, those achievements will be compared to the benchmarks set by Lewis Hamilton during his long and illustrious career. He's been challenged often and beaten occasionally but never outperformed. In terms of accomplishments, style, mentality, and longevity, Hamilton deserves to be recognized as the best ever to do it.