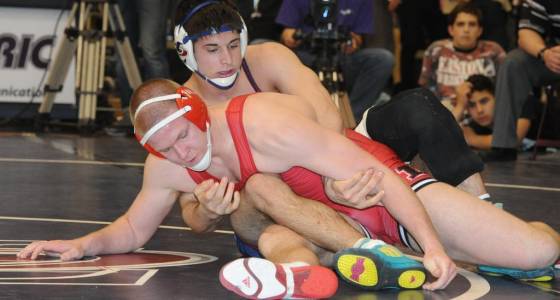 Comments: Perugini’s unlikely run to the D-11 3A title charmed everyone (except his opponents, perhaps) in Liberty’s Memorial Gym. It represented one of the great stories of the wrestling year – hard work and dedication overcoming disability and injury. Perugini is what Liberty wrestling, a special sort of program, stands for. He jumps to No. 2, and some Hurricane types would probably think he should be No. 1. But Lightner won Region 5 with a pin, a 5-1 decision and another pin, and is the No. 3 seed in the NJSIAA tournament; he stays No. 1. Perugini defeated Crouse (9-7) and Viduszynski (4-2) on his way to the championship. Crouse is third, the Rover fourth; it’s close. Fernandes took another shot at Bridgewater-Raritan’s Van Miller (ranked #2 in the state by Wrestling Full Circle) in the Region 4 final, and lost 4-2 in overtime, an improvement from last week’s 7-4 defeat at Miller’s hands at District 16. If Lightner and Fernandes win their first match at states, they’ll meet in the second round. Could be a goodie. Youssef was second in D-11 2A, topping Iles 5-2 in a semifinal; Iles wound up fourth.