In defense of Sammy Sosa

His loyal supporters see a Hall of Fame career, the best of fan-friendly examples and the top power hitter in Chicago Cubs history. His critics see stats that were allegedly inflated by performance-enhancing drug, corked bats and an ugly end.But Sammy Sosa's... 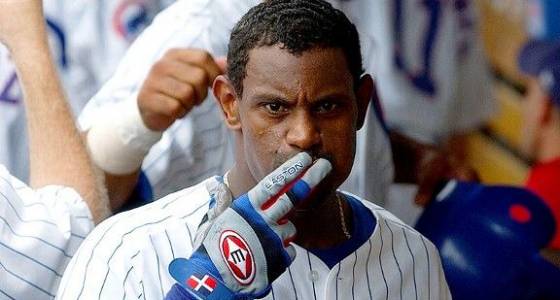 His loyal supporters see a Hall of Fame career, the best of fan-friendly examples and the top power hitter in Chicago Cubs history. His critics see stats that were allegedly inflated by performance-enhancing drug, corked bats and an ugly end.

But Sammy Sosa's numbers don't tell the whole story, for better or worse.

"Sometimes people make a comment, people talk, but they don't know how I go about my business," Sosa told ESPN.com. "One thing I do not understand: A lot of teammates, I helped them a lot, but they have me like I was one of the worst people in the world.

"Regardless of what happened, nobody will scratch my number from the board. I have no problem with Chicago or the new front office. It is a surprise [how things are today]. ... I gave them all my life when I was playing. I asked myself, I really ask myself, 'What have I done so wrong that the people today sometimes treat me like I don't deserve what I did?'"

In 1994, my first spring on a major league roster, I got to know Sosa. Spring training is fairly relaxed early on, and it is a good time to talk to players without the madness of the season in our faces. My Spanish was strong, so whenever I wanted to clarify my point, I could do so in Spanish. We had a collegiality to our friendship. I learned about his first days in the big leagues before his Cubs tenure and some of the difficult adjustments he had to make around relationships, culture, language, currency, fashion, housing, interviews.

"The first year was like you were going to the moon for the first time," Sosa said. "I did not know how to speak the language ... but I knew how to play the game."

His aptitude and passion for baseball were clear. The skills, the work ethic, the hustle were evident. General manager Larry Himes never stopped waxing about Sosa as a model for everything in a ballplayer.

When the strike canceled the 1994 season, Cubs manager Tom Treblehorn and his staff went to Double-A to help the prospects. One day, Himes gave us a speech about major league clubhouses. Sosa was the shining example with a whole host of attributes to emulate.

Not long after, Sosa was in the stratosphere of big league producers, and he no longer needed the loyal sponsorship cover that most players needed. Sosa was sponsoring himself with his charm and the numbers he was putting up.

By 2003, when the Cubs raced into contention in the second half, Sosa was an empire. He had his own personal coach/assistant whom he worked with on a daily basis, he might have been on a private jet or two, and he wasn't the same top-notch defender or the guy trying to steal 40 bases, but that was replaced by 60-home-run power. I never saw the ritual or work ethic diminish.

I played with Sosa for about three seasons with the Cubs. I still saw a player who loved the fans, played with a smile, produced prolifically and followed many rituals -- from the time he hit in the cage every day to the number of cups of water he needed to splash on his face and the song he ordained for the half of the season to carry us through. "Killing Me Softly," "I Believe I Can Fly," "Return of the Mack," "In Da Club," even an entire collection of Whitney Houston songs, long after her peak, blasted incessantly in the clubhouse.

I know eventually there was beef over his boombox, but while I was there, it didn't seem nefarious. He just seemed to be a guy who survived on routine.

During the Cubs' magical run last season, so much of Chicago's history was brought out to celebrate. Beyond the usual icons -- Ryne Sandberg, Fergie Jenkins, Billy Williams -- there were the memories of cornerstones of the Cubs' past, such as Ernie Banks and Ron Santo. Even the invocation of celebrity power such as Eddie Vedder, Bill Murray, Jon Cusack and Vince Vaughn brought a sense of the time it took to reach this point.

But one question was never answered for me: Where was Sammy Sosa?

Amaury Telemaco, a former teammate of mine and a native of Sosa's Dominican Republic, said, "It is as if someone or something is trying to erase Sammy from history. I don't understand what happened."

Sosa's final games with the Cubs in 2004 did not end well. He was battling injury, he was battling offensive struggles (by Sosa expectations), the team got eliminated late in the season, and he was upset about his place in the lineup. He arrived at the stadium 70 minutes before the game, then left 15 minutes after it started without ever putting on his uniform. That was not a great moment, but I am not sure that makes the top 100 of bad decisions by a baseball player.

"I asked for permission of my manager, Dusty Baker. I did something terribly. It was the last day. We lost 60, 70, 80 games. They were looking for someone to blame," Sosa said. "I made so many mistakes. I regret it. I am a mature man now. I did not recognize the mistake I made at the time. Today, I realize that I could have done better, but it is the past. I am living in the future and the present, not the past"

"I really ask myself, 'What have I done so wrong that the people today sometimes treat me like I don't deserve what I did?'"

Then there was the corked bat incident and the PED allegations. But so many players from the steroid era are similarly situated and have been welcomed back by their home fans.

Manny Ramirez failed the drug test twice after the drug policy was in full effect, and he was a hitting coach for the Iowa Cubs. Mark McGwire and Barry Bonds had a chance to coach. Jason Giambi apologized himself into good graces. Alex Rodriguez was able to play out his career and is now at Yankees' spring training as a special adviser. Ryan Braun is seen as a potential key piece to some team's playoff hopes, if not those of his lifelong organization in Milwaukee.

There is plenty of forgiveness to go around for many players. They might not get in the Hall of Fame, but they have an MLB home, and it seems like Sosa does not. Even his Hall of Fame vote sits at a paltry 8.5 percent. Six-hundred-plus home runs? Even if you make a blanket argument against those thought to be PED users, you cannot explain that gap between him and others.

"They have no case against me," Sosa said. "Never failed a drug test. Sort of surprised I do not get that many votes. I see other players getting so many votes. Why am I not getting treated the same way? McGwire and I brought baseball back. One day I will tell my whole story."

Today, Sosa is focused on family and business. His four older children are in college, and his two youngest are home with him and his wife. He does a lot of traveling for real estate deals in Paris, Hong Kong, Dubai, London, Panama and, of course, the Dominican Republic. He has used his baseball connections to create a career outside of the game.

"I am not the kind of person who goes back to the field," Sosa said. "I have a good vision of what I want outside the field. Maybe one day my dream is to buy a baseball team, but this is my dream.

"I am happy. I don't want to talk about it so much. I do not want people to think I am looking for something. I am OK. I am fine. I love my life. I have my family, my friends."

Seeing the Cubs finally win it all was satisfying for Sosa. "Very happy, very proud for the city of Chicago, the whole organization. I was very satisfied," Sosa said.

Maybe I'm missing something, maybe there is some skeleton so large that it is locked away, but if not, we must acknowledge that Sammy Sosa was an integral part of Cubs history. He did a lot of good for the Cubs and the city. What is broken should be repaired. No one has to be blamed, no one has to be wrong or right. There just needs to be a recognition that how it stands does not align with what is and has always been an asset to the Cubs: a tireless loyalty, bigger than self, big-hearted and forgiving, a sentiment that existed well before the 2016 championship.

"Whatever happened with the organization, I have no control over it," Sosa said. "I have always been the same guy. Most of the time, why the relationship has not been the same, maybe the comments that people make that get to the ownership. And that is why you don't see Sammy Sosa with the Chicago Cubs."